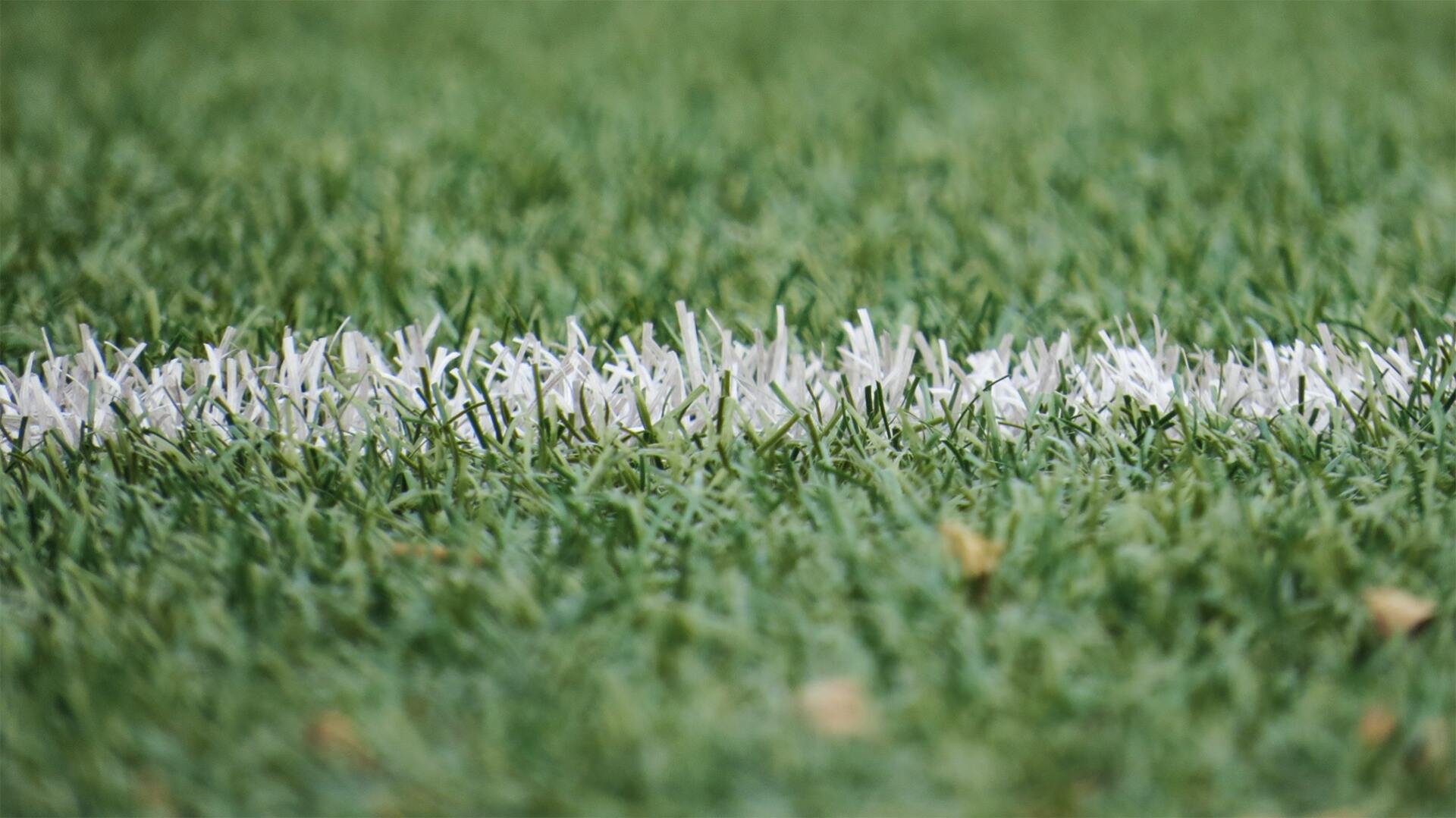 TOPEKA –
The private-public school debate issue in Kansas has a potential change on the horizon.

On Friday at its Board of Directors meeting, the Kansas State High School Activities Association pushed forward a proposal that seeks to address a highly discussed issue that’s become heavily scrutinized over the last decade.


By a 43-19 vote, the Board of Directors passed a proposal to address the issue of private schools winning a disproportionate number of KSHSAA state championships. The proposal, which involves a three-part multiplier to be applied to the state’s 28 private schools now will be sent out for a vote from each member school. The multiplier factors in geography, success and socio-economics.

“What today shows is our process for change,” said Bill Faflick, KSHSAA executive director. “While it may be taking longer than some would like, KSHSAA makes sure to be intentional. With the approval of the proposal today, we will now ensure each school gets a voice towards the future of the association.”
Under this rule, each private school would start with a 1.0 multiplier that equals its actual enrollment numbers. A school’s multiplier may increase based on the three previously stated criteria.

For socio-economics, private schools with less than 20% of enrolled students receiving free or reduced lunches would have a .15 added to their multiplier. Schools with at least 20% of students in that program would have no addition.

Under this proposal, the multiplier could only push a school up one classification and a school can not be forced to move up from eight-man to 11-man football. This rule also offers no appeals process.

Faflick said that the rule could have addressed more factors for the multiplier, and the committee did analyze many of those possibilities, but this proposal created a simple formula that still addressed many of those crucial areas.

“I think that’s one of the struggles with the multiplier,” Faflick said. “I think that’s why Missouri, when they put this into place, they just added .35 (for all private schools).

“(But that number) is a shot in the dark. At least in this case, we have incremental increases based upon some measurable data.”
In 2020-21, the Missouri State High School Activities Association replaced its flat multiplier rule for one that only incorporates a championship factor.

The multiplier rule in this KSHSAA proposal also aims to address a specific disparity in championship success seen by the private schools across the state.

During the 2020-21 school year, private schools — which make up just 7.9% of the state’s 354 member schools — claimed 29 of the possible 103 state championships (28%) across 23 sports. Throw out the 23 titles claimed in Class 6A, in which there currently are no private schools competing, and the percentage jumps to 36%.

Jeff Hines, Paola High School principal and a member of the committee that developed this proposal, has been dedicated to addressing this disparity for a long time. He has started calling for a multiplier rule back in 2017 and has spent the interim working with KSHSAA to help craft a proposal addressing this issue.

“If public schools comprise 95% of the members, they should win 95% of the championships. If private schools are 5% of the members, they should win roughly 5% of the championships,” Hines said. “That’s not what’s happening at all.”
Chris Strathman, McPherson girls basketball head coach, spoke in favor of the proposal after first-hand experiences with those results. He said he has previously avoided jumping into the private vs. public school debate, but his experience at the girls basketball state tournament in March prompted him to become involved in making a change.

This year was the first time since 2016 that Strathman’s team avoided a postseason matchup with Bishop Miege, with McPherson earning a single victory over the Stags during that time when they won the 2018 Class 4A state title in a 62-58 overtime game. McPherson lost this season to an undefeated Wellington team in the first round at state.

“This allows you to sit back and watch the rest of the weekend,” Strathman said. “Immediately after our game, Miege pounded a very good Andale team as they were ahead by 30-plus in the first quarter. … You heard that right.”
Strathman continued to highlight Miege’s path to a third consecutive girls basketball state title, its seventh in the last eight completed postseasons. He pointed to the Stags 82-42 victory over Wellington before taking down Eudora 71-45. In the team’s three semifinals and three state championship games over the team’s most recent three-peat, Miege girls basketball has won by an average of 24.2 points per game.

“That is not how the state tournament is supposed to look,” Strathman said. “Any matchup that involved just community teams, which were five of the eight state tournament games at the 4A level, were all excellent games that were decided in the last minute, if not the last seconds.”
Jamie Finkeldei, associate superintendent for the Catholic Diocese of Wichita and president of Kansas Association of Independent and Religious Schools, spoke during public comment about his concern that this rule seeks to correct “a perceived issue of one or two schools,” but that it could create a fallout that affects all member schools, both public and private.

“It feels as if you are using a hammer to kill a fly,” Finkeldei said. “The board appreciates the addition of the three multiplier factors as an attempt to mitigate the impact on smaller schools, but … it appears from the outside looking in that the multiplier was created based on current numbers to create a predetermined outcome.”
Finkeldei added that once this door is open, there’s no way to anticipate the impact they’ll have on all member schools over time. He’s also concerned about pushing forward a rule that will need to be approved by the Kansas Legislature.

“As an advocacy group, we often partner with KSDE (Kansas Department of Education) in supporting, and more often opposing, various bills introduced into the legislature,” Finkeldei said. “As we finish up the legislative session this week, I think it’s obvious there’s a strong coalition of legislators who are not very pro education.”
Finkeldei said KAIRS endorses sticking with a classification system based solely on enrollment, which he views as the only way to ensure equity for all member schools.

“It is much better for us to collaborate, work together toward a mutually beneficial outcome rather than both of our power to an unpredictable legislature.”
Hines admitted that Finkeldei’s concern about advancing this proposal to the legislature was a reasonable, but he added that this concern exists even if KSHSAA does not bring forth this type of proposal. Hines pointed to House Bill 2567, an education bill that recently passed in the legislature and includes a provision allowing students to transfer to any public school district no matter where they live.

“KSHSAA did not have a proposal in front of the state legislature this year. They did that anyway,” Hines said. “So regardless of whether there is a proposal attached to the Kansas State High School Activities Association that appears during a given legislative cycle, they’re still talking about (these) things.”
Before it reaches that stage, the proposal will need to be sent to a vote in May by each member school. The proposal must pass by a majority of member schools and a majority of the six classifications.

Hines said for this rule to pass, it will take a focused effort from himself and others who support this rule to properly communicate with member schools how the three factors of the multiplier affect all schools.

“I will say this, I believe in them,” Hines said. “I would trust that when someone reads the proposal in its entirety, understands the significance of each of those three factors, that they’re likely to want to vote for that and support it.”
If the member schools pass it, the proposal would be sent to the State Board of Education for approval since it would alter a KSHSAA by-law. If approved by the state board, it would be brought before the Kansas Legislature to seek an amendment of Kansas Statute 72-130, which currently dictates KSHSAA must use a flat enrollment figure as the sole determining factor for high school classifications.

Kansas to Give Child Care Workers $53M in Appreciation Pay