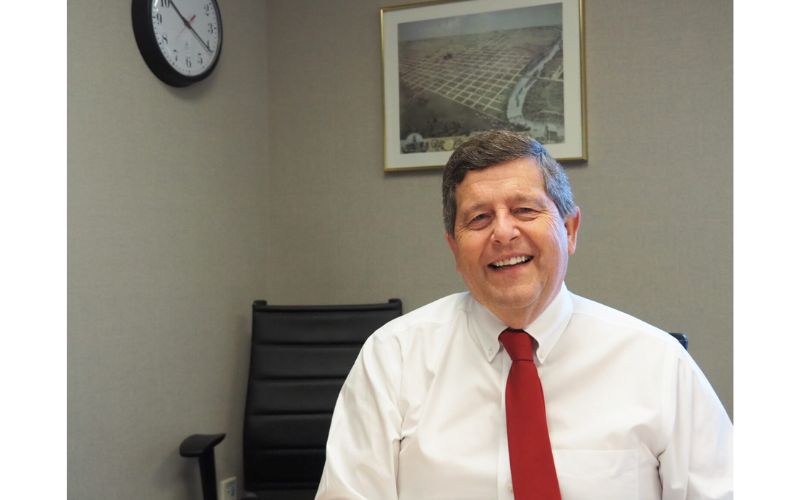 Topeka, Kan. (Kansas Reflector) — Trustees of the Kansas Public Employees Retirement System relied on their authority to refinance the system’s unfunded liability in a bid to stabilize public employer contribution rates during a period in which investment earnings were expected to shrink.

The KPERS board simultaneously cut the porfolio’s investment return assumption to 7% from 7.75%, which had been the highest among the nation’s large public pensions. The decision to lower the portfolio’s annual earning estimate added $1.8 billion to trefie system’s unfunded liability, but had no influence on retiree benefits.

The board in May also committed to reamortization, a process of refinancing billions of dollars in unfunded liability held by KPERS. Amortization is a financial tool comparable to refinancing a home mortgage, because it spread KPERS’ liability over a period of decades.

The Republican-controlled Kansas Legislature declined to endorse proposals in 2017, 2019, 2020 and 2021 to reamortize KPERS.

“Reamortization is not a four-letter word,” said Alan Conroy, executive director of KPERS. “Nothing wrong with having an unfunded actuarial liability. You’ve just got to have a reasonable plan for paying for it.”

Conroy said retirement systems often reamortize within the final 10 years to 15 years of the established amortization period. Slashing the revenue assumption had the effect of increasing the unfunded liability of KPERS, but the board reasoned extending the amortization period from 2033 to at least 2039 would minimize risk of budget challenges at the state and local levels due to big increases in employeer contribution rates.

The employee contribution rate for school and state workers enrolled in KPERS is fixed at 6%, but the employer rate could be raised as much as 1.2% annually under Kansas law.

Democratic Gov. Laura Kelly, who is seeking reelection this year, has advocated reamortization as one method of achieving state budget savings and allocating tax dollars to high-priority needs. She also endorsed use of the current state budget surplus to strengthen the financial position of KPERS.

In an interview, Kelly said she had no heartburn about trustees voting to reamortize the long-term liability at KPERS.

“It’s exactly what we tried to do several years in a row,” the governor said. “It’s good fiscal management.”

In 2004, the Republican-led Legislature and Democratic Gov. Kathleen Sebelius delegated amortization decisions of KPERS to the appointed trustees of the board.

Conroy said the unfunded liability of KPERS expanded for more than 20 years because the Legislature declined to contribute its share of employee contributions to the system serving 1,500 public employers. Other factors in growth of the liability included a pair of bleak economic recessions and the dramatic underestimate of the cost of a 1993 benefit increase for retirees, Conroy said.

The Legislature approved issuance of pension obligation bonds to bolster KPERS in 2004, 2015 and 2021. The pension system invested revenue from selling $2 billion in bonds into the international market in anticipation profits would provide income to KPERS.

Attorney General Derek Schmidt, who is expected be the Republican Party’s nominee for governor, supported the Legislature’s appropriation of $1 billion from a budget surplus to improve the financial position of KPERS. Schmidt has denounced Kelly’s proposals to reamortize KPERS because it would cost “taxpayers billions in added debt service.”

The KPERS board decided, despite opposition among some members of the Legislature, to lower the investment-return target to 7%, a drop of 0.75%. The rate of return on KPERS had been lowered in 2017 from 8% to 7.75%.

Conroy said the actual return on KPERS’ portfolio averaged 7.8% over the past quarter century, but surged to more than 25% last year before weakening in 2022.

You Drink. You Drive. You Lose- is Just Ahead

Market Forces Compel KPERS to Cut Assumed Investment Return to 7%, Down from 7.75%