MCPHERSON COUNTY, Kan. – The Kansas Bureau of Investigation (KBI) and the Canton Police Department are conducting a homicide investigation after a woman was found dead outside her home in Canton, Kansas. 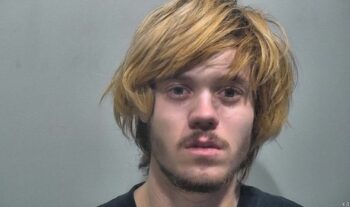 On Monday, Jan. 23, at approximately 3:30 p.m., the Canton Police Department received a 911 call indicating a female subject was unresponsive at 110 W. Allen St. in Canton. When officers arrived they located 52-year-old Briana L. Lance deceased in the backyard. They observed signs of injury and trauma to Lance, and she was pronounced dead at the scene.

At approximately 5:40 p.m., Hayden C. Lance, 18, of Canton, was arrested for second-degree murder connected to the death of his mother, Briana Lance. He was booked into the McPherson County Jail.

Formal charges are pending, and are expected to come from the McPherson County Attorney’s Office. All suspects are presumed innocent until proven guilty in a court of law.

The investigation is ongoing. Nothing further will be released at this time.