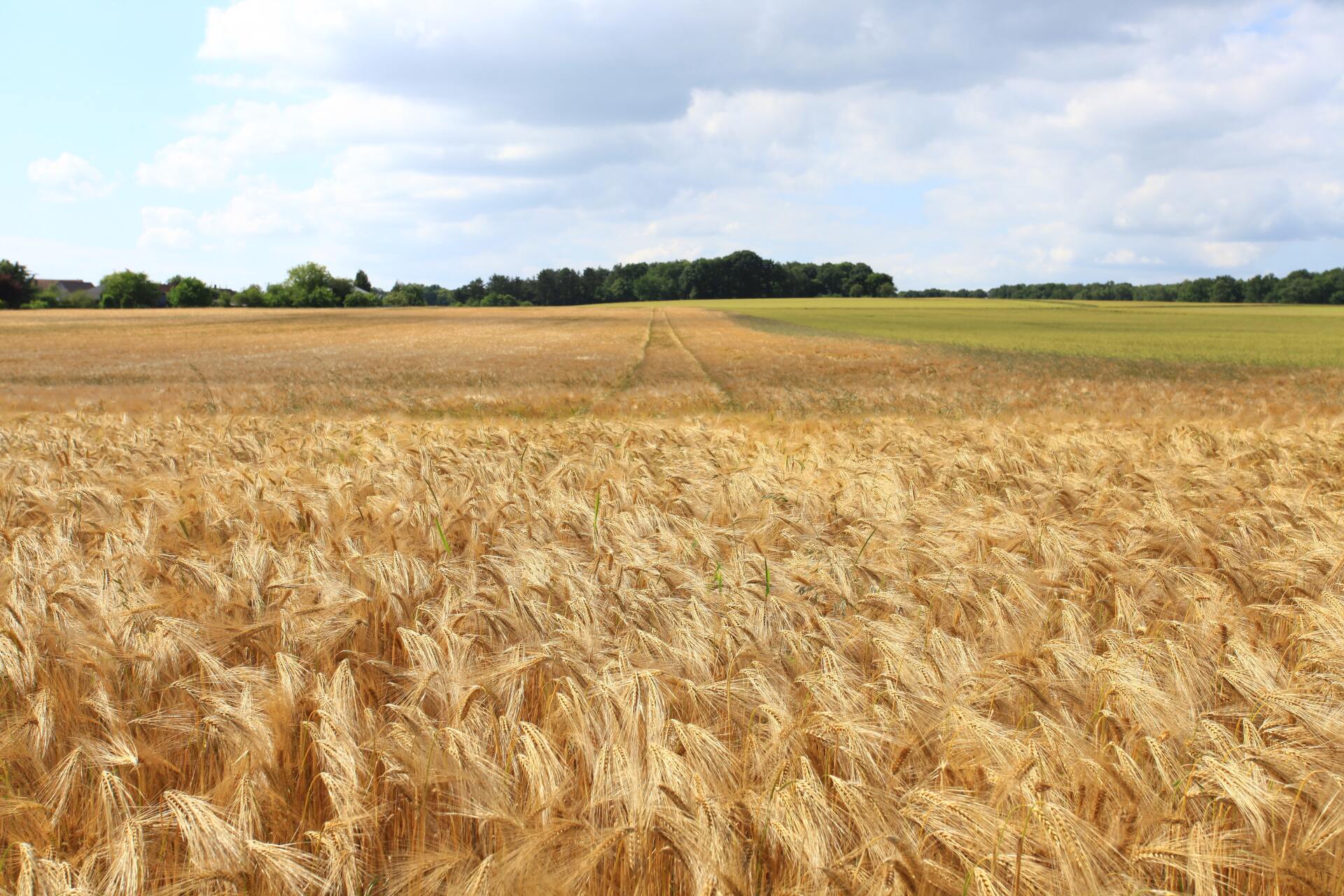 
By Mary Marsh, Kansas Wheat
On Wednesday, 83 people on the Wheat Quality Council’s 2022 winter wheat tour made their way from Colby to Wichita, Kansas, stopping in wheat fields along six different routes.
Wednesday’s wheat tour scouts made 254 stops at wheat fields across western, central and southern Kansas, and into northern counties in Oklahoma. The wheat in Southwest Kansas looks very rough, and the drought conditions aren’t just isolated to southwest Kansas, but into south central Kansas as well. Wheat behind corn provided some of the lowest yields, while wheat on fallow had some of the highest yields.
The calculated yield from all cars was 37.0 bushels per acre. Scouts were able to mainly use the late season formula provided by USDA’s National Agricultural Statistics Service, which includes counting wheat heads, number of spikelets and kernels per spikelet. The calculated yields were based on this formula, but many tour participants remarked that those yields seemed high.

The wheat is so short that some of the heads will not be able to be picked up by the combines at harvest. The yield formula doesn’t take disease, pests or weed pressure into consideration. Scouts saw some instances of wheat streak mosaic virus, into areas farther east than expected or typical, but western Kansas didn’t have many instances of WSMV because of the drought.
Chris Kirby from Oklahoma Wheat Commission reported that the state’s production was estimated at 60 million bushels this year, down from 115 million bushels last year, according to USDA/NASS. She said that harvest started on the southern border of Oklahoma on Wednesday. With temperatures of 107°F today and forecasted 109°F tomorrow, harvest will move quickly. USDA/NASS estimates the Oklahoma crop will yield 25 bushels per acre, compared with 39 last year.

Harvested acres are estimated at 2.4 million acres.
Ryan Fitts works for Inspire Brands in Atlanta, Georgia. They are responsible for Buffalo Wild Wings, Dunkin Donuts, Arby’s and Jimmy Johns. While many of the people he works with aren’t from farming communities, Ryan grew up in rural North Dakota and brings a unique outlook to his company from the farm side and from the market side.

He attended this year’s winter wheat tour to get first-hand knowledge of how the winter wheat looks. The volatility of the wheat market is affecting his business, and he said every supplier is passing extra costs on the food brands. He said the tour is a great opportunity for both farmers and end-users to talk and cooperate.
From Grain Craft, Max Remund mentioned how despite being a native Kansan himself, he had not ventured out to western Kansas prior to Wheat Tour 22. He explained how this tour has provided him with the chance to see where the wheat he gets for his mill comes from. He says this will help him advise his buyers on what to buy and when to buy. As the tour progressed through central Kansas, he was taking pictures of different elevators he had heard of or had bought wheat from.
Tim Humiston, an agricultural commodity grain grader, mentioned that he had heard it has been a dry year. The Wheat Tour gave him the opportunity to see for himself what the wheat was looking like out in the field. Having painted a dismal picture, he had been pleasantly surprised to see some wheat with some vigor. This year was his first wheat tour experience.
This Wheat Tour 22 also had some veterans for both winter and spring tours. Rita Ott, of General Mills enjoys going on wheat tours, and has been going on Wheat Tour for multiple years. She has attended both winter wheat and spring wheat routes through Kansas and the Dakotas and enjoys getting to interact with other people in the industry.
Wheat Tour 22 continues Thursday with six routes between Wichita and Manhattan. Follow along with the tour at #wheattour22. A final production estimate will be announced Thursday afternoon.