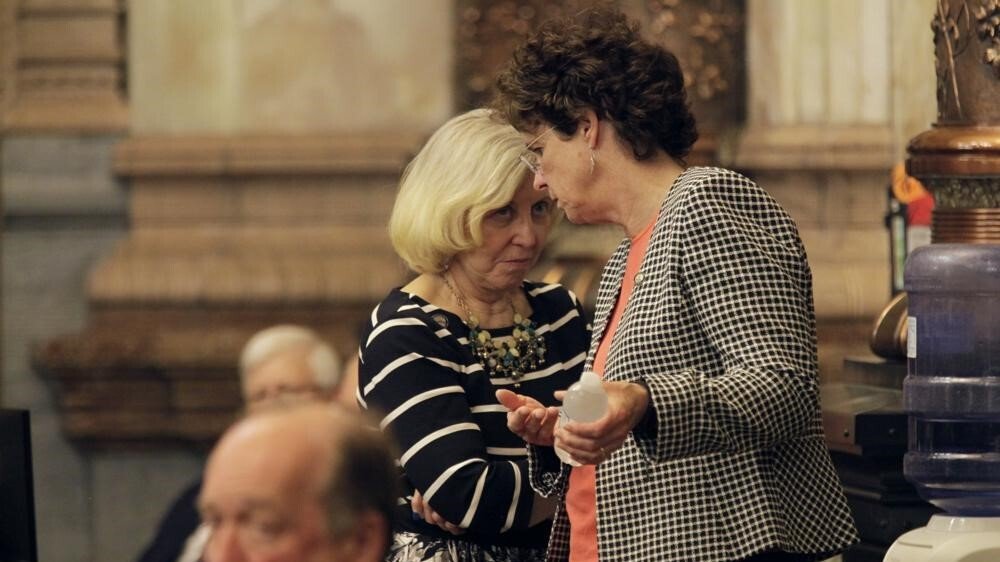 (AP) — Kansas will be tightening its rules for adults receiving food assistance even though critics have warned that its new law is so sloppily written that it will apply to thousands more people than supporters intended.

The Republican-controlled Legislature on Thursday overrode

Republicans could overturn Kelly’s action on their own because they have more than the two-thirds majorities in both chambers needed to do it. The votes were

29-11
in the Senate, and almost no Democrats supported the override attempt.

GOP lawmakers have long argued that tighter rules for people receiving public assistance, coupled with state-provided job training, moves people from being dependent on the state’s help into jobs.

“What is the central solution to poverty? It’s work,” said Republican state Rep. Susan Humphries, of Wichita. “Work is not a punishment, it’s a blessing. Helping someone move to a place of self sufficiency is as gift to them.”
In her veto message earlier this month, Kelly said the measure would “unnecessarily burden” some 30,000 adults. Republicans have put the number affected at less than half that, or about 12,000 adults.

Republicans said the new law applies only to non-disabled adults from 18 through 49 who do not have children. But Democrats said because of the bill’s language, it could apply to both that group and all adults not working at least 30 hours a week.

“There already were issues with this bill,” Sen. Pat Pettey, a Kansas City Democrat, said Thursday in supporting Kelly’s veto. “We don’t know with this additional language whether that is going that far.”
Since July 2021, an average of nearly 199,000 people, including nearly 87,000 children, have received food assistance each month, with an average benefit of $300, according to the state Department for Children and Families.

The state tightened its rules for people receiving cash assistance in 2015 and 2016 under then-Republican Gov. Sam Brownback. Kansas gained national attention in 2015 for adding to state law

a list of several dozen items
that couldn’t be purchased with the state aid, including tattoos, lingerie, concert tickets or sessions with a psychic.

Critics of those changes argued that they mostly kicked needy people off cash assistance and that many of those who obtained jobs still didn’t earn enough to escape poverty. Advocates for the poor, social services agencies and food bank operators all said this year’s bill simply would result in more struggling families going hungry.

They also argued that the tougher rules would increase bureaucracy, citing estimates that the state would have to spend $3 million to $5 million on additional staffing to enforce the new requirements.

“It’s punitive in nature,” said state Rep. Jason Probst, a Hutchinson Democrat. “We are going to harm people with this if we do this override.”
Supporters of the bill countered that the extra state staffing and spending would be an investment in improving poor families’ lives.


﻿
“We do nothing more than allow more people to be able to go to work, have an even better job and allow our employers to hire people who are better trained,” said Republican Sen. Beverly Gossage, of Eudora.