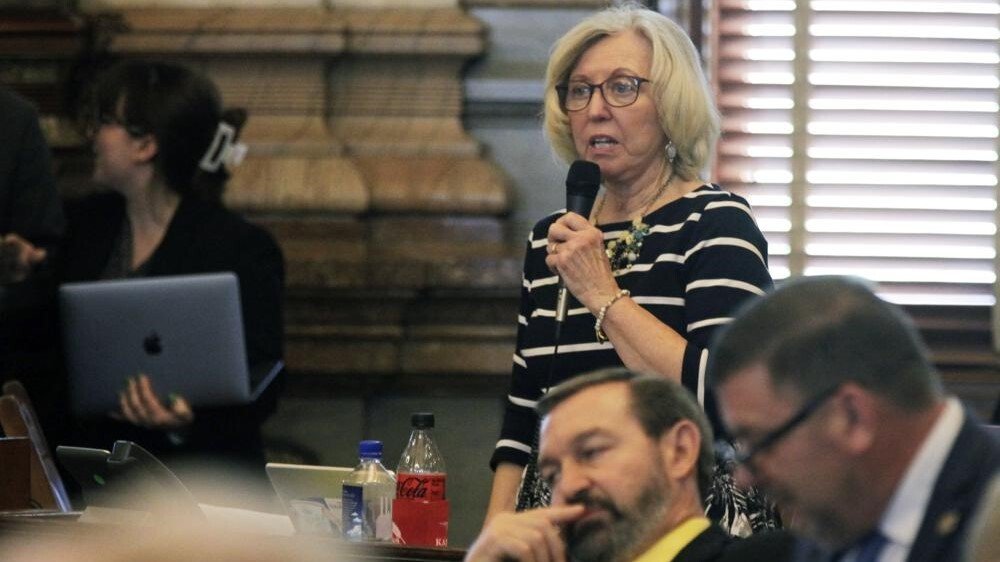 Kansas state Sen. Pat Pettey, D-Kansas City, speaks in favor of giving retired teachers and government workers a one-time bonus or cost-of-living increase in their benefits, Thursday, April 28, 2022, at the Statehouse in Topeka, Kan. Pettey has opposed a bill putting $1.1 billion in surplus state funds into the state pension system because it does not also provide the bonus or cost-of-living increase. (AP Photo/John Hanna)
TOPEKA, Kan.

(AP) — Kansas legislators have voted to commit more than $1.1 billion in surplus state funds to

shoring up the state pension system
for teachers and government workers.

a bill
that would put the funds into the pension system between now and the end of the year. The GOP-controlled House approved the measure last month, and it goes next to Democratic Gov. Laura Kelly.

The Legislature opened its session in January with the state projecting that it would end June 2023 with record high cash reserves of nearly $3.8 billion. The state pension fund has a $4.4 billion gap between its projected funding and its long-term commitments for benefits to retirees, the result of decades of lawmakers and governors shorting the state’s annual contributions.

Kelly’s presumed GOP opponent in this year’s race for governor, Attorney General Derek Schmidt, had called for putting $1 billion into the pension system. Kelly instead proposed giving a $250 rebate to each Kansas resident who filed a state income tax return last year for 2020.


﻿
Most Democrats in the Senate voted against the bill after some argued unsuccessfully that some surplus funds should be used to give retirees either a one-time bonus or a cost-of-living increase in their benefits.