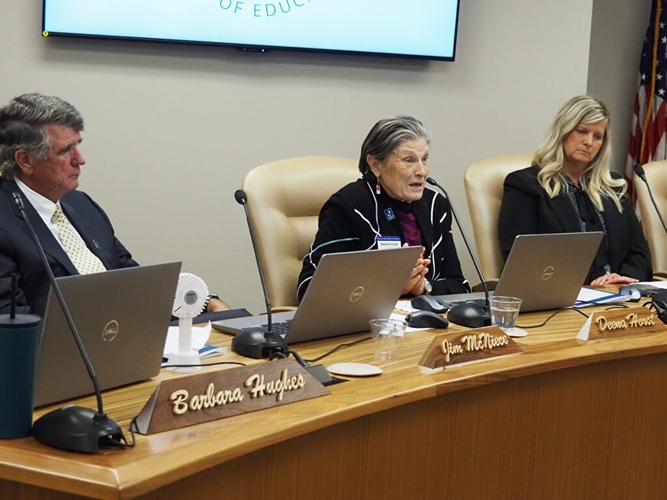 TOPEKA, Kan. — The Kansas Board of Education recommended the removal of American Indian-themed mascots and branding from Kansas school districts, saying American Indian students deserve to feel comfortable in schools across the state.

The mascot debate has been ongoing, with the Advisory Council for Indigenous Education recommending in October that the BOE and the Kansas Board of Regents make a priority of persuading local school officials to abandon culturally offensive branding. The council said this transition should be completed in three to five years.

Across the state, potentially offensive mascots include the Braves, Red Raiders, Warriors, Thunderbirds, Indians and Redskins.

The Board of Education doesn’t have the authority to make local schools change their mascots, so it is unclear how much effect the recommendation will have. Members say the recommendation is more about starting important conversations than forcing change.

The BOE accepted the council’s recommendation Thursday, with seven members voting in favor of the recommendation. Members Jean Clifford and Ben Jones abstained from the vote, while conservative Michelle Dombrosky was the only dissenting vote.

Dombrosky said she believed the board didn’t have the authority to make the decision, and that local school districts should make the choice.

“They have pride, they have traditions, they’re not going to understand,” Dombrosky said. “It’s going to take awhile for education, curriculum that you’re working on. You’re building that. Since it’s a strong recommendation on that part, I’m not sure why we’re taking a vote at the state board. Because 10 people are deciding for the rest of those communities.”

Other board members pushed back against Dombrosky, saying it was important to take a stand. Member Ann Mah said with more than 90% of American Indian students attending public schools, the impact of offensive mascots was significant.

“These 10 people are not deciding anything for anyone,” Mah said. “All we’re doing is asking these schools that have these mascots and branding to start a conversation about is this mascot, is this branding, tied to real learning? Or is it an empty moniker that makes fun of other sovereign nations? So we’re just asking them to start the conversation.”

Board member Deena Horst represents District 6, which covers school districts in Douglas, Chase, Jefferson and Shawnee counties, among others. Horst mentioned that all of the state’s reservations are contained in her district. She said her decision was not influenced by that, but by her memories as a student at Clearwater High School, where the mascot is the Indians.

Horst referenced the tomahawk chop, a move in which sports fans pretend to be waving a tomahawk.

“If I was a member of a tribe, and I was in a competitive environment, I would take that as making fun of me. And bullying is another component. It’s a way to show that you can overtake someone else and that makes the person who actually is a Native American — if it makes them feel less of a person, it’s wrong,” Horst said.

Some Kansas school districts have already decided to ditch offensive imagery. Atchison dropped the labels Redmen and Braves, and Wichita North High School voted to remove its Redskins mascot name in 2021. Other districts are resisting change, such as Manhattan High School, which retains its mascot, the Indians.

More than 20 Kansas schools still have American Indian themed mascots, and many tribes have expressed opposition to these mascots.

The council said mascots like the Redmen and Braves damages indigenous perception and encourage “narrow-minded stereotypes that represent American Indians as exotic, warlike people who are stuck in the past,” in the original memorandum.

The mascot vote was one of the first actions taken by the board after the November election. Five new board members have been elected and will take their seats in 2023.