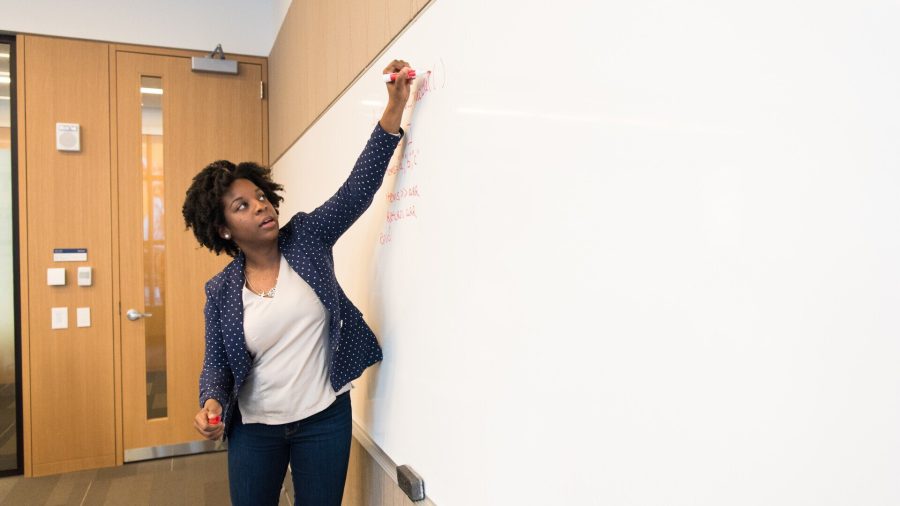 MANHATTAN — As millions of K-12 students head back to the classroom, a new report by Kansas State University College of Education researchers shows the scope of the teaching vacancy problem across the country, providing what may be the first data set on teacher shortages by state.

“Is There a National Teacher Shortage? A Systematic Examination of Reports of Teacher Shortages in the United States” was published as a working paper by the Brown University’s Annenberg Institute by K-State researchers Tuan Nguyen, assistant professor of curriculum and instruction, and Chanh Bao Lam, data analyst. Paul Bruno, assistant professor at the University of Illinois-Champaign, is the third author.

Augmenting existing data from federal and state agencies with news reports and publicly available information, the team examined each state’s teacher vacancies then grouped them into three categories for comparison. The team’s report also includes a look at the number of underqualified individuals serving as teachers to fill vacancies.

According to Nguyen classifying the teacher shortage is difficult because reporting varies from state to state or agency to agency.

The 11 states in Group 1 have the clearest vacancies. Florida leads the nation with nearly 4,000 unfilled teaching positions for the 2021-22 school year, followed by Illinois with 1,703 and Arizona with 1,699. The remaining states in this group are Utah, Missouri, Nebraska, Minnesota, Colorado, Connecticut, Pennsylvania and Oklahoma.

The 26 states plus Washington, D.C., in the second group have less clear vacancy information. In this category, Georgia ranks highest with 3,112 position vacancies for the 2019-20 school year — the last year data was available —followed by Mississippi and Alabama, each with more than 3,000 vacancies in 2021-22. Wisconsin is the only state with vacancies in the 2000s. The following states reported vacancies more than 1,000 vacancies: North Carolina, Virginia, Tennessee, Kansas, New Mexico, West Virginia and Maryland. The remaining states in this group reported vacancies of under 1,000 from Indiana with 980 to Rhode Island with 93.

The 13 remaining states have no vacancy information, but they have a substantial number of underqualified teachers, including up to 24,000 positions in California. The states in this category are listed in alphabetical order: Alaska, Arkansas, California, Iowa, Louisiana, Massachusetts, New Hampshire, New York, Ohio, Oregon, Vermont, Washington and Wyoming.

Raw counts of reported teacher vacancy by state are available on the researchers’ website, teachershortages.com.