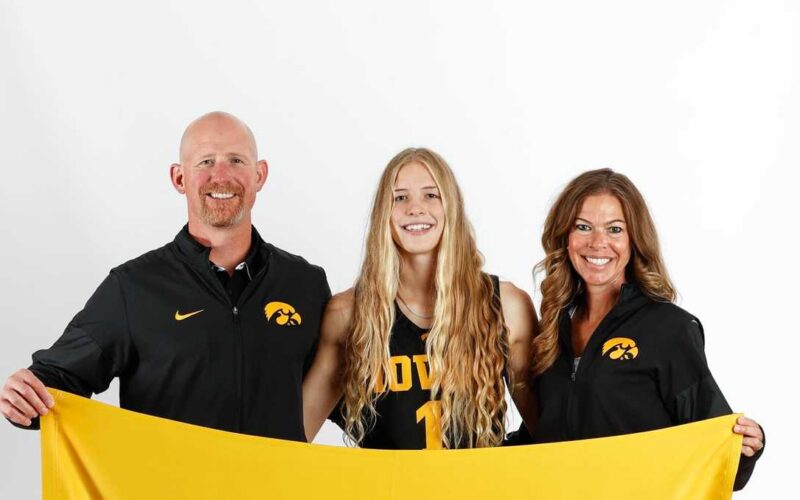 LOUISVILLE, Ky. – One of two Nickerson residents hospitalized after they and two other members of their family were struck while on a sidewalk on July 5th in Louisville, Kentucky is leaving the intensive care unit at University of Louisville Hospital (U of L) and the other might move soon.

According to an update on the Jones Family Updates Facebook page this morning, Ava Jones, a senior to be at Nickerson High School, is being moved to the Frazier Rehabilitation Center associated with U of L, and when her mother, Amy, is transferred, they will be able to share a room.

Amy reportedly underwent another surgery Wednesday. A U of L representative says Amy and Ava have both been upgraded to fair condition.

Trey Jones, Amy’s husband, and Ava’s father died of injuries sustained when they along with Trey and Amy’s younger son Creek were hit by a drug intoxicated driver who is facing murder charges in the incident.

The post went on to say the family is hopeful Amy and Ava will in a few weeks be able to be brought back to Kansas to continue rehabilitation. The cost of that transportation is one of the first things proceeds from a GoFundMe fundraiser will be used for. As of Thursday, that fund has raised over $127,000.

Meanwhile, several more fundraisers are being planned for the Jones Family, including one organized by someone who has been on the receiving end of help from the community recently.

Hutchinson High School teacher and coach Clayton Evans, who was critically injured in an accident about a year ago, along with the Hutch High DECA Chapter, is organizing Field Night for the Jones on Saturday, August 13th from 5 p.m. to 9 p.m. at Don Michael Field in Hutchinson. There will be many fun games along with a cornhole tournament. The entry fee will be $5, with all gate fees and money raised from a raffle to go to the Jones Family. 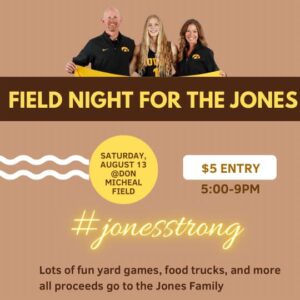 The Nickerson Chamber of Commerce has announced a pancake breakfast on Saturday, August 6th at 8 a.m. at the Nickerson Community Center. The feed is being held in conjunction with Klear Nearly Day with all proceeds going to the family. Organizers are looking for donations of pancake mix, sausage links, and other related items and table wear.

Gambino’s Pizza in South Hutchinson and Sterling will be having a fundraiser Thursday evening from 5 p.m. to 9 p.m., with a portion of sales going to the Jones Family. The Gambino’s location in Winfield is also raising funds.