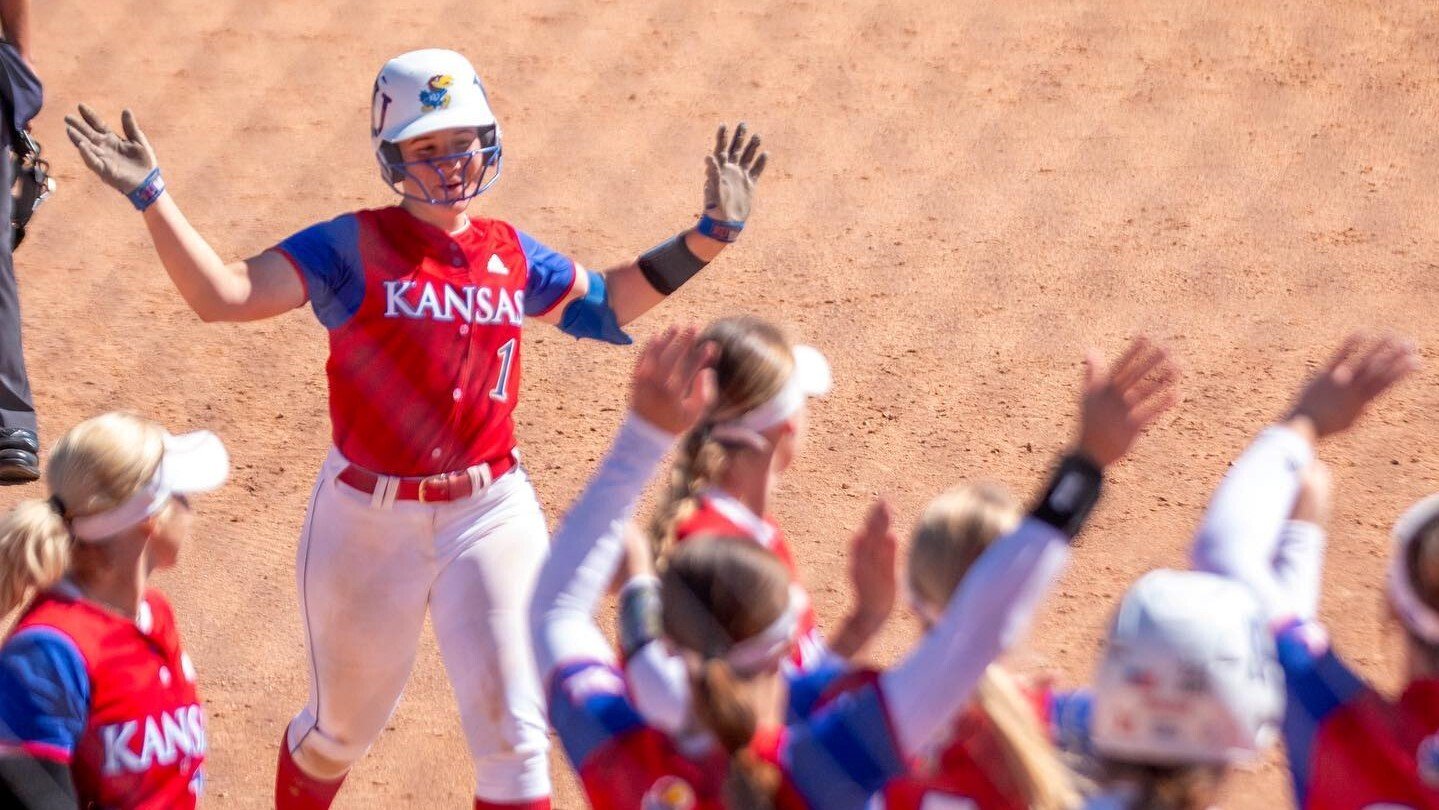 FORT COLLINS, Colo. – Kansas Softball claimed third place in the NISC Tournament after falling 5-4 to Baylor in the semifinals on Wednesday afternoon at TC Colorado Field.

The Jayhawks conclude their season with a 20-36 overall record while the Bears move to 31-24 and advance to the championship game.

Kansas built an early 3-0 lead as they scored three runs in the top of the first. Ashlyn Anderson walked in her at-bat. Olivia Bruno doubled and brought Anderson home. In the next at-bat, Lyric Moore tripled to bring in Bruno and advanced home on a Baylor error.

Neither team scored again until the top of the third.

Shayna Espy led off the inning with a double. Bruno went to work again and hit a single to bring Espy home safely and score Kansas’ fourth run of the game.

Both teams were scoreless in the sixth.

Kansas was not able to score in the top of the seventh, holding only a one-run advantage. Baylor was able to bring two across the plate to take the lead and earn the walk-off victory in the bottom of the seventh.

Kansas took third place in the tournament and Bruno and Savanna DesRochers were named to the All-Tournament team for their performances at the NISC.