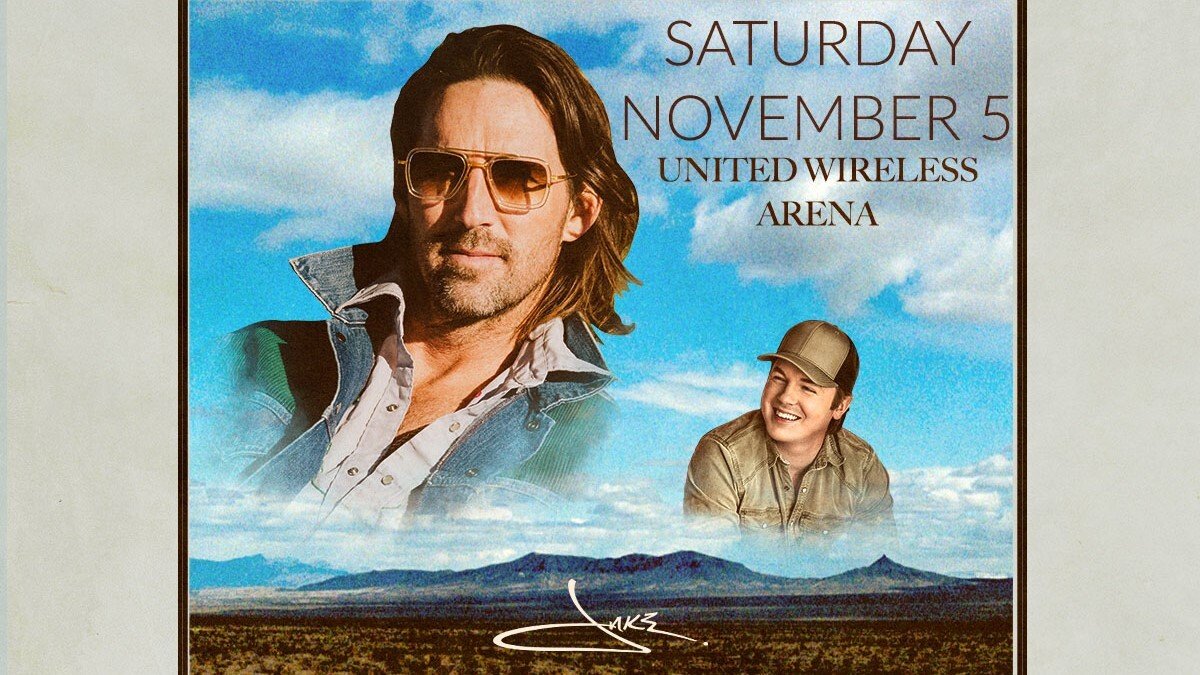 Multiple chart-topping singer/songwriter Jake Owen’s new single “Made For You” is rapidly climbing the Billboard Country Airplay charts. With eight #1 songs to his name, “Made For You” follows Owen’s fastest-rising career #1 single, “I Was Jack (You Were Diane)” and most recent #1 single, “Homemade.”
Owen’s songs have resonated with listeners and audiences everywhere with 2X PLATINUM anthem and Most Played Song of the Decade “Barefoot Blue Jean Night,” PLATINUM-certified hits “Beachin,’” “Anywhere With You,” “Alone With You,” “The One That Got Away,” and GOLD-certified “American Country Love Song.” Owen’s sixth studio album, GREETINGS FROM… JAKE, produced three Top 10 singles, including two #1 singles and his current top 30 and climbing “Made For You.” Signed to Big Loud Records, Owen is reunited with award-winning Joey Moi, who helped produce his breakout Barefoot Blue Jean Night album, which landed at #1 on the Billboard Top Country Albums chart and garnered four consecutive #1 hits.

Owen is gearing up to join Moi once again to record his seventh studio album. For tour dates and more information, visit

A native of Warner Robins, Georgia, singer/songwriter Travis Denning has been nominated for CMT “Breakthrough Video Of The Year” for his first No. One and GOLD-certified single, “After A Few.” Accelerating his ascend from a chart-topping single, Denning released his new single “Where That Beer’s Been,” available at country radio now.

Both tracks are taken from his recently-released debut EP BEER’S BETTER COLD that debuted in the Top 20 of Billboard’s Country Albums chart. Denning first made waves with the release of his Top 40 debut single “David Ashley Parker From Powder Springs.” Denning kicked off 2020 as direct support on Dustin Lynch’s STAY COUNTRY TOUR and has previously opened shows for Cole Swindell, Alan Jackson, Riley Green and his first headlining “Heartbeat Of A Small Town Tour.”
Denning has been spotlighted for his head-turning sound and was selected this past year as an Opry NextStage recipient and CMA KixStart Artist, as he makes his mark within the industry. Inspired at a young age, Denning developed a love for country, pop, rock and heavy metal and started playing local bars from the age of 16, as he built a strong following from his distinctive songs and raucous guitar solos. A prolific writer, Denning moved to Nashville and secured outside cuts by Jason Aldean, Justin Moore, Michael Ray and more. Denning’s newest songwriting cut includes Michael Ray’s Top 20 single “Her World Or Mine.”
For more information, visit


Tickets for Jake Owen will go on sale Friday, May 13th at 10:00am. Tickets can be purchased at the United Wireless Arena box office or online through Ticketmaster.com. Ticket prices start at $41.50 plus applicable fees. There will be no seating on the front pit of the Arena floor but will be standing room only. There is reserved seating behind the pit. Doors will open one hour before showtime. The staff at United Wireless Arena will take necessary health safety precautions and the entire Arena will be sanitized before & after the show.

More information can be found at