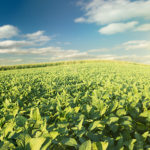 An Indiana farmer says the recent heat has likely taken the top end of his corn yields.

Norman Voyles farms about 35 minutes south of Indianapolis. “The corn has been tasseling and it’s been really hot during tasseling,” he says. “So I think that’s going lead to some depression in yields. But overall the crop looks average to a little above average right now.”

As for his soybeans, he tells Brownfield there’s still a long way to go.  “We’re definitely going to need some more August rains to make the beans,” he says.