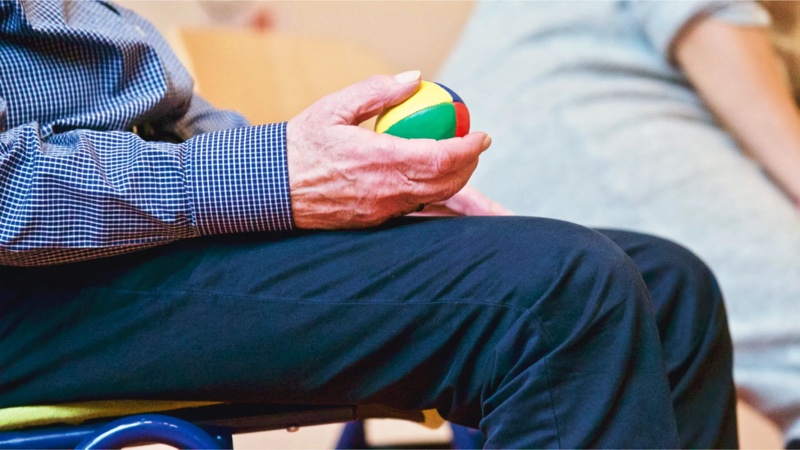 TOPEKA — Joellen Schmidt has spent much of her life dedicated to helping those in need when they need it most.

Alongside her husband, Jerald, she raised seven children, welcomed 25 foreign exchange students into her home and helped 50 foster care children in need of a temporary place to stay. She worked as a teacher in Caldwell, inspiring many students en route to induction into the Kansas Teachers Hall of Fame.

But that all changed a few years ago when Jerald died after struggling with Alzheimer’s. Then in 2020, doctors told Joellen she had an inoperable brain tumor.

In a small, rural town like Caldwell, access to in-home services is scarce and when found, it often does not last long.

“She’s pretty much given her life to helping take care of people that needed it when they needed it, and now she’s in that boat and it is a struggle,” said Martin Schmidt, one of Joellen’s sons. “We realize the ultimate thing that could end up happening is you’re going into a nursing home, and that’s not what she wants to do.”

A new report from the United Health Foundation on senior care reflects the reality many Kansas families face because of a lack of geriatric providers and in-home care resources. The report demonstrates key areas where the state is lagging behind the rest of the nation.

For Martin and his brother Kevin, who live in Caldwell, it means changing their daily routine to care for their mother. Both work a full-time job — Martin as an NCAA official and Kevin as an educator in addition to a side job — but to keep Joellen at home where she feels most comfortable, they have made sacrifices.

As her needs grew, especially after a recent fall relating to a urinary tract infection, Kevin and Martin pursued in-home health care services. But those providers never lasted more than a few weeks, Kevin said.

Currently, they have five people helping at varying times, but Kevin says there is no guarantee they will last longer than others have.

“Even with the people we have lined up, Martin and I still have the responsibility of getting her to bed every night until she can do it on her own,” Kevin said. “We still have to spend time each day going over there to take care of those duties, because she just needs little things to make life comfortable.”

Despite these difficulties, Dan Goodman, executive director of Kansas Advocates for Better Care, said Joellen is one of the lucky ones who have family nearby to care for them, allowing them to age in place. Many are forced into nursing homes without family to take care of them.

Goodman said part of the reason this is the case is because the state supports institutional care and nursing homes more than community-based care. He pointed to the state’s 47th-place ranking regarding low-care nursing home residents in the 2022 United Health Foundation report.

Low-care residents require less physical assistance in bed mobility, transferring, toileting or eating. Most would not need to be in nursing homes if other options were available.

Goodman said Kansas also ranked 40th in geriatric providers, and food insecurity for Kansans 60 years of age and older. He said many Kansans may choose a nursing home to access three meals a day.

“The community-based option isn’t a real option for a lot of folks in rural and frontier areas,” Goodman said. “The pandemic only intensified that issue because right now a lot of people have taken the opportunity to change careers or leave low-paying positions. I don’t think that it’s really bounced back like everyone had hoped.”

A 2021 survey conducted monthly by the National Healthcare Safety Network showed shortages among nurses and aides in 25-30% of the responding long-term care sites.

Earlier this year, the state allocated $51 million from the American Rescue Plan Act to Medicaid home and community-based services providers, beginning this month. The bonuses will benefit about 24,000 direct support workers in the state, and each care worker could receive up to a $2,000 bonus.

In addition, agencies will get an additional $1,500 per new staff member recruited to encourage more direct support workers to the field.

Rep. Jarrod Ousley, a member of both the state Senior Care Task Force and House Children and Seniors Committee, said the state has room to grow in addressing the needs of its elders.

“The main thing I’ve heard, in all my years on children and seniors, is elderly adults want to age in place,” the Merriam Democrat said. “They don’t want to be in a nursing home. They want to be in their home as long as they can.”