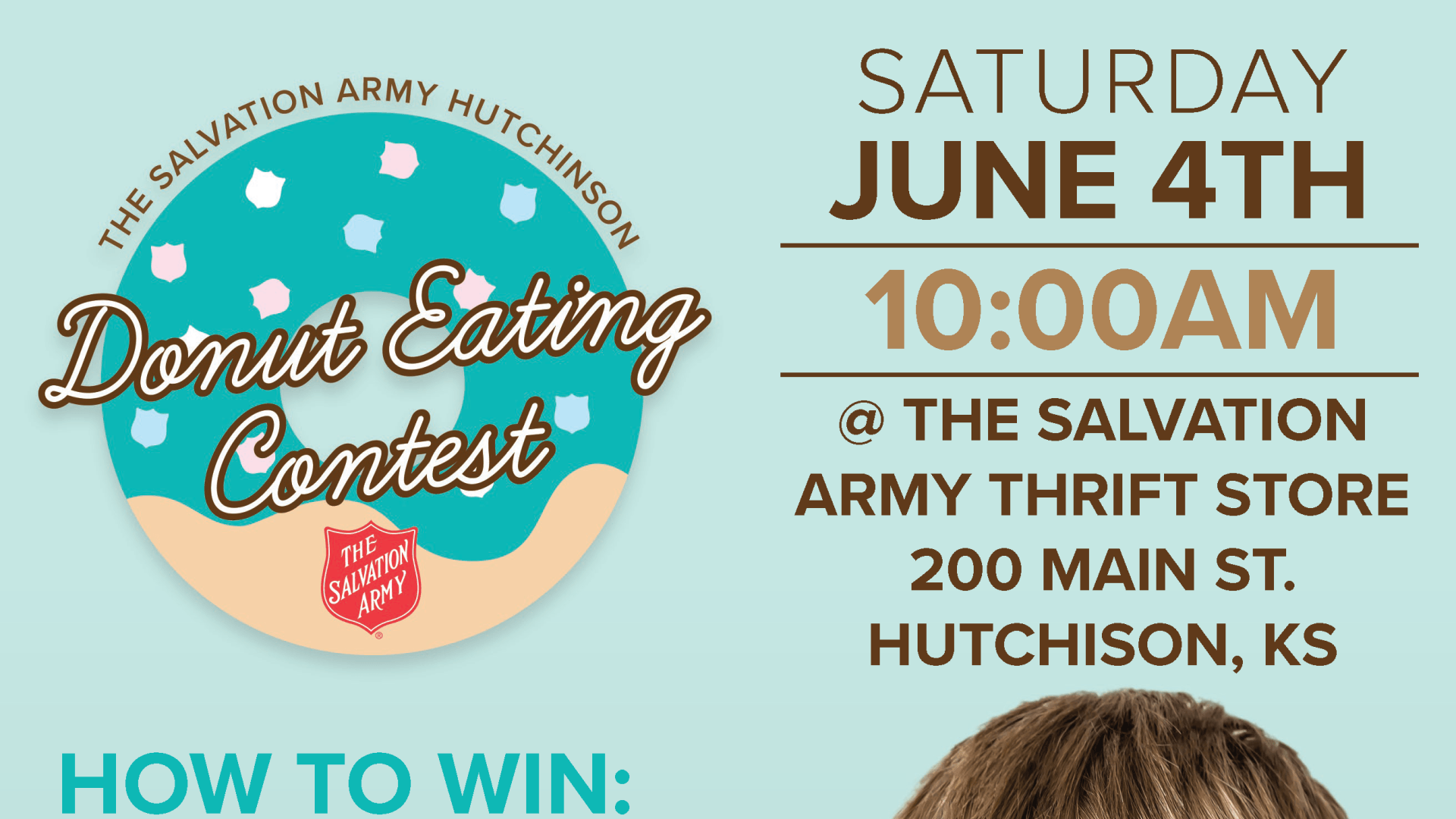 HUTCHINSON
– This year The Salvation Army will be celebrating National Donut Day’s long history that began during WWI.


The Salvation Army donut eating event will take place in front of the Salvation Army thrift store located at 200 S. Main on Saturday June 4 at 10:00 AM. We are looking for participants where you can win 3 different ways: Eating the most donuts, most donations raised during the event by cash or check, or Most web donations prior to the event.


All proceeds will go towards sending kids to our regional camp where kids can spend a week at camp for $10 each child.

Half will go towards The Salvation Army’s work internationally where we serve in 132 countries in honor of the history of National Donut Day. Donuts and coffee will be given out free during the event.


To sign up or for more information people can go to SalArmy.us/HutchDonutDay or call our office at 620-663-3353.

Rise Up Reno Prevention Network Invites You to Celebrate Family Day on Sept. 26