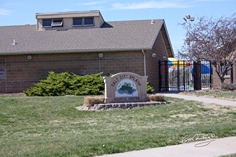 HUTCHINSON – Salt City Splash Aquatic Park in Hutchinson will be closed for the final three Mondays of the season, as the potential was raised today the McPherson Water Park may end their 2022 season early.

Director of Public Lands and Facilities Wayne Burns told Commissioners staff has concerns about a continued downward trend in staffing, which led to their decision to close on Mondays earlier this month. Because of that, there is the possibility the water park may have to close additional days or close for the season as early as the first of August.

Pools in many cities have been forced to curtail operations due to a lack of lifeguards and to avoid overworking what lifeguards they have. A decision on further schedule changes could come at the July 26th McPherson City Commission meeting. Commissioners also authorized credits for 2022 season pass holders towards 2023 season passes. How much that would be determined at the end of the season.

Finlay said they are at a point in the season where they start to lose lifeguards for planned vacations and such, and with that, they are keeping the safety of patrons and staff a top priority.

McPherson Battle of the Badges Blood Drive is September 12-13