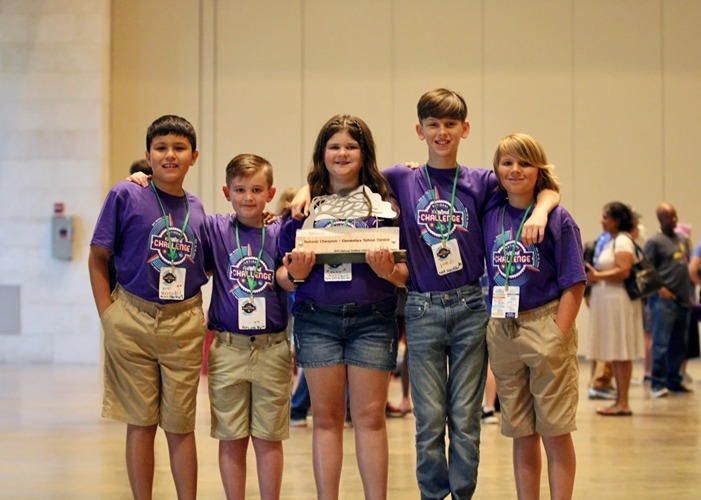 HUTCHINSON, Kan. – Hutchinson Magnet School at Allen students were recognized in Topeka this week for winning awards in May at the National KidWind Challenge in San Antonio, Texas. Hutch STEM blue won the elementary division.

Teams were tasked with designing a wind turbine and then judged on performance, knowledge, and presentation.

The group from Hutchinson, as well as others from Dighton and Beloit, who also competed at the event, were welcomed to the Kansas State House Wednesday Morning by Lt. Governor David Toland.

“We were there a whole bunch,” Hutch STEM Blue said. “It takes a lot of hard work.”

Students were also taken on a guided tour of the Capitol and were provided lunch.

Since beginning in 2016, the Kansas KidWind Challenge has grown to nearly 200 students. Teams compete regionally, before facing off in the state finals, and then advancing on to the national event.

Hutchinson is set to host a regional challenge in 2023.