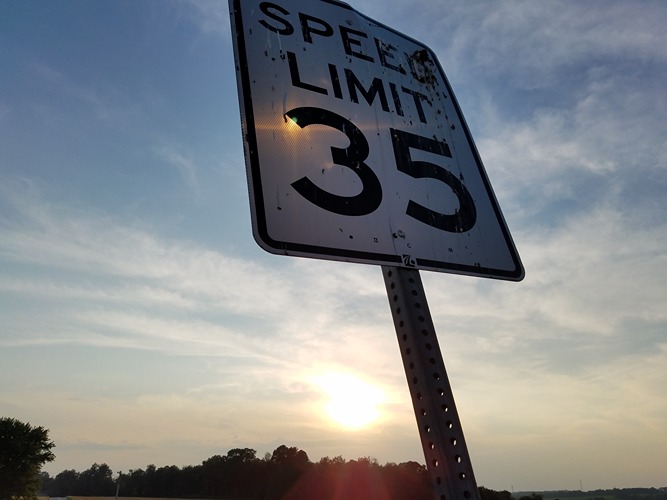 HUTCHINSON, Kan. – Safety concerns over traffic in the area of 30th and Lucille were back on the Hutchinson City Council’s agenda Tuesday. Speed issues along 30th Ave. near Prairie Hills Middle School (PHMS) had been previously brought up in the wake of the removal of temporary traffic signals at the 30th and Lucille intersection.

A couple of USD 313 school bus drivers addressed the council asking for restoration of the signals. They also pointed out the fact that petitions started had garnered close to 2,000 signatures.

Jeff Schenk, a staff engineer for the City of Hutchinson, recommended doing a speed study as opposed to a full traffic study, which will save the city several thousand dollars. A traffic study had been suggested by the council a couple of weeks ago.

Previous traffic studies show the signals to no longer be justified following the reopening of 43rd Ave. north of PHMS.

The speed study includes placing temporary radar signs along the segment of 30th Ave. east of Lucille Drive and is expected to begin on Oct. 6th. The signs will flash the speed a motorist is traveling.

City staff will also use a device to record speeds near the intersection to monitor if drivers alter their driving habits.

Schenk felt this might provide an educational approach to make people more aware of just how fast they are going. “After 10 days or two weeks, we can get rid of the signs and then see if speeds stay low,” he said. “If they climb again, then we can look at the warrants for a speed limit sign like they have at Haven.”

Addressing the removal of the temporary traffic signals, Schenk said the poles used to install those signals were leased. Permanent placement would cost the city at least $350,000 and include the widening of 30th Ave. to allow for a proper left turn lane.

Interim City Manager Gary Meagher gave the Hutchinson City Council an update Tuesday on the search for a permanent replacement for Jeff Cantrell whose contract was not renewed in May.

Meagher also reported the city and Reno County are pursuing a joint cost-share grant from the Kansas Department of Transportation to cover projects along the Woodie Seat Freeway.

Projects would include overlay work on the Arkansas River Bridge, which is the responsibility of the county, and from the north edge of the bridge to Avenue C.

Guardrails and other safety enhancements are also part of the projects. If awarded, the grant would cover about 42 percent of the cost of both projects, which could be done simultaneously.

The Council heard an update on the status of the shuttered Atrium Hotel and Conference Center. Meagher said Building Official Izzy Rivera has had to board up a number of windows and doors to the property at the request of Hutchinson Police.

According to Police Chief Jeffrey Hooper, the department has had 26 requests for service involving the property since the first of the year. Of those, ten involved requests to check the building, one for criminal damage, two for open doors or windows, four for suspicious activity, and three where people were found inside the property.

The calls involving open doors and windows are particularly time-consuming for police, as multiple officers are required to investigate due to the sheer size of the property. The city is billing the Atrium owner for the costs incurred.