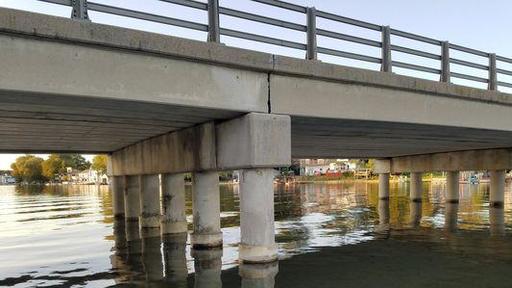 HUTCHINSON
– The Hutchinson City Council Tuesday discussed options regarding the Woodie Seat Freeway after Union Pacific Railroad officials told the city they would not permit a complete removal of the freeway as had been suggested by some. This plan would close Avenues B and C and re-do the north end of the freeway at Avenue A.


Work on the southern segment of Woodie Seat could happen as soon as 2023. Assistant City Engineer Jessica Lowe said the city can move quickly on a grant application for cost sharing funds. This work would include mill and overlay of the freeway south of Avenue C, median improvements and storm water projects.


During the Council’s Tuesday session, there was some discussion about looking at some way to keep Avenue B open, even as just a one lane road under the freeway, which engineers say is not recommended.


SW Bricktown resident Celia Pena encouraged the Council to do whatever is necessary to keep streets in that area as is, saying limiting access to either Avenues A or F would, “kill the neighborhood.”

The council is looking at four options to address the deteriorating freeway. That includes a decision on whether to have a roundabout at Avenue A or a conventional T-intersection.


Also during Tuesday’s meeting, the council elected to place a resolution on November’s ballot for renewal of the .25% local sales tax and an ordinance setting out how those funds are utilized. The ordinance specifies an allotment 47% for street and sidewalk projects, 33% for the Cosmosphere, 15% for property tax relief and 5% for Strataca.