HUTCHINSON, Kan. – A sharply divided Hutchinson City Council has approved a design concept for the north end of the Woodie Seat Freeway, one that totally closes off access to Avenue B.

Two concepts were presented to the Council by WSP, both involving the removal of the current bridge at Avenue B and changing the Avenue A intersection from an interchange to a roundabout.

The plan approved would dead-end Avenue B on either side of the freeway and add sidewalks along the north side of Avenue C a block to the south. 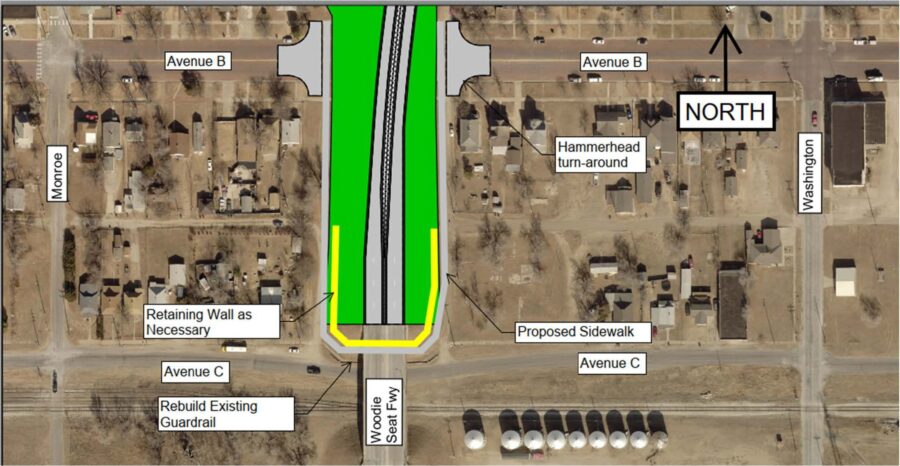 The other option, which Council members Greg Fast and Steven Garza supported, would provide for a 12 feet-wide and ten feet high pedestrian tunnel at Avenue B. Fast and Garza voted against the motion made by Council member Sara Bagwell, which was seconded by Jon Richardson, and supported by Mayor Jade Piros de Carvalho.

Many residents in the SW Bricktown Neighborhood backed a plan to maintain vehicle access at Avenue B, but engineering studies indicated would require a lowering of the street, which would in turn implicate a number of liability and drainage issues.

In the discussion leading up to the vote, Council members said they want to also see street improvements along Avenue C.

The developer, Darren Thomas, said he hopes to open the new HTeaO location by next May. The property will include a 2,000-square-foot building, with room for 20 cars.

HTeaO, which currently has one franchise location and plans for another in Wichita, offers both sweet and unsweetened tea in 25 flavors.