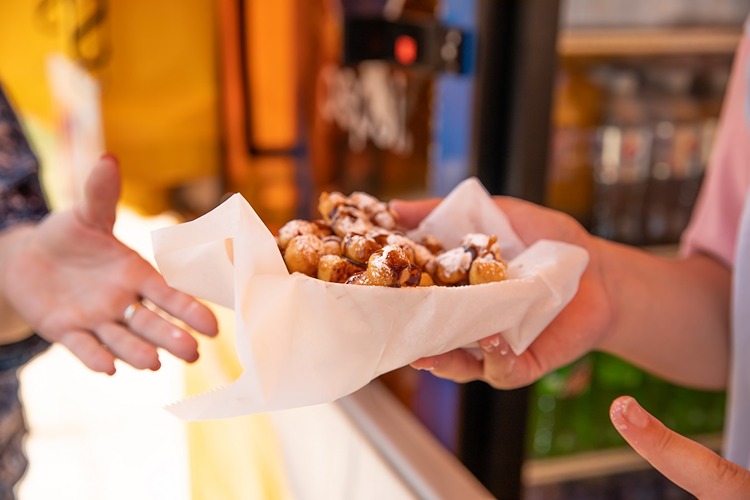 HUTCHINSON, Kan. – The opening weekend of the Kansas State Fair was a good one, according to General Manager Bryan Schulz. “The rain actually was welcome because there was a lot of people who needed to get away for a little bit,” Schulz told reporters Monday, but added, “after that, we knew there would be a huge influx of people.”

Just under 6,000 people attended the Parker McCollum/Priscilla Block show Saturday Night. Approximately 6,700 people came for Sunday Night’s Gabriel “Fluffy” Iglesias show. Schulz said it will probably be Tuesday or Wednesday before they have an idea as to opening weekend attendance.

Every year the Kansas State Fair hosts the Legislative Showmanship. This event allows youth to connect with and mentor a representative from the Kansas Legislature.

Tuesday’s Kansas State Fair schedule, along with the second group of high school bands, includes $2 Tasty Tuesday, which features concessions from participating food vendors for $2. Flyers with more details will be available at the gates. If you plan to come after 4 p.m., you’ll pay a reduced gate price of just $4. 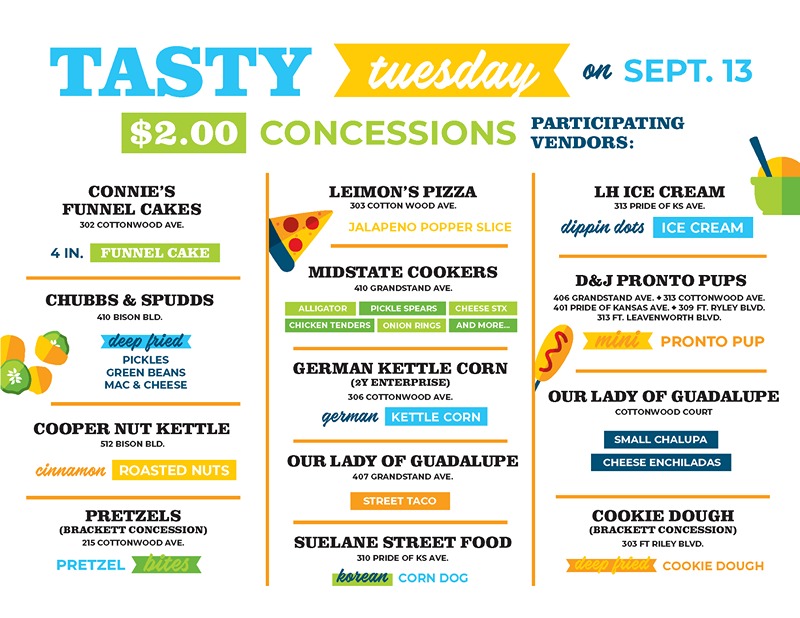 Due to the Marching Band performances Tuesday and Wednesday, the Fairgrounds Tram will not start their route until noon.