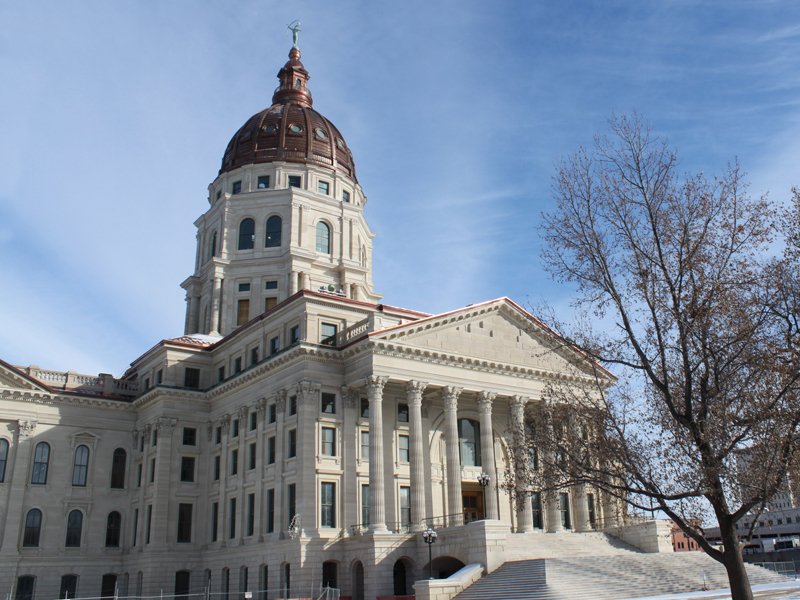 Kelly began by vetoing Senate Bill 34, which was adopted during a late-night session of the Legislature and targeted mask mandates, quarantine orders and vaccination requirements that some Republican lawmakers believed undermined individual liberties during the COVID-19 pandemic. It wasn’t passed by two-thirds majorities in the House and Senate, which would be the threshold required to override a veto.

The Democratic governor said she opposed vaccine passports and COVID-19 vaccination mandates, but couldn’t accept the “one-size-fits-all approach” for all infectious diseases erupting in Kansas. For example, she said, the bill would make it more difficult for the Kansas agricultural sector to fight the highly pathogenic avian influenza.

“As a result,” she said, “this legislation creates significant safety concerns for workers, for employers, for the economy and for all Kansans. Schools could not adequately respond to an outbreak of measles in a classroom, and manufacturing facilities could not respond to a tuberculosis outbreak.”
Kelly vetoed House Bill 2387 that required her administration to halt development of an update to the state’s $3.9 billion Medicaid contracts with managed care companies coordinating services to elderly and disabled Kansans. She said a transparent, competitive bidding process was key to making certain contracts with the MCO companies provided the most value to Kansas taxpayers.

During the 2022 legislative session, Republicans sought to delay reworking KanCare contracts until after the November election in hopes a Republican was elected governor. GOP lawmakers who pushed the bill refused to identify individuals, companies or organizations in support of the delay, preferring to keep that information confidential. In addition, there was no guarantee federal regulators would approve of Kansas extending contracts into 2023.

“The language included in HB 2387 regarding the current MCO contracts is a product of closed-door dealings to push legislation that did not have a single proponent,” Kelly said. “There is little question that this effort is fraught with legal issues and jeopardizes our Medicaid program.”
This bill wasn’t approved by the House and Senate with the two-thirds margin indicating a veto override would be a certainty.

“We must favor transparency and fair competition over attempts to re-insert corruption into the state contracting process,” the governor said.

Kelly is seeking re-election in November, and her likely GOP opponent is Attorney General Derek Schmidt.

In addition, Kelly rejected House Bill 2252 that forbid the executive branch, including the governor, secretary of state or attorney general, from entering into agreements to enforce election law. She said the bill was an overreach into the executive branch’s constitutional duties, but this bill was supported by two-thirds majorities in the House and Senate.

“If passed, it would also lead to costly litigation at the expense of Kansas taxpayers,” she said.

Rep. Tatum Lee, a Ness City Republican, objected to the veto of the election bill and the COVID-19 legislation in a Facebook post shortly after the veto announcement. She called on House and Senate leadership to help override the vetoes when the Legislature returns to Topeka later this month.

“The war is real you all. We are fighting for the soul of our nation,” Lee said . “Ryckman, Hawkins, Finch in the House and Masterson in the Senate. Do they have the courage to fight back? Do they have the courage to stand?”
Kelly said she signed Senate Bill 313 which provided for the use and regulation of autonomous motor vehicles and established the Autonomous Vehicle Advisory Committee.