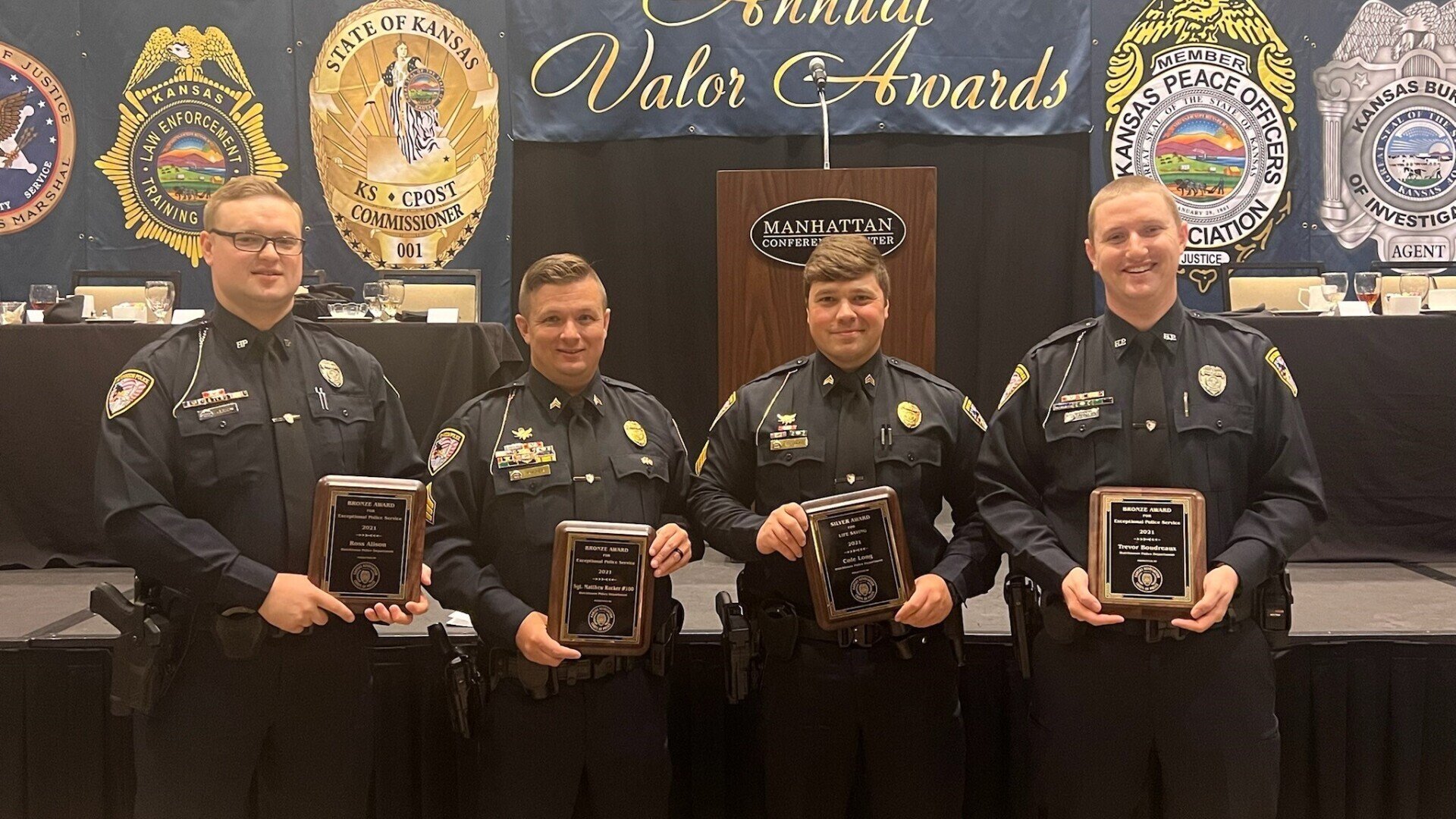 MANHATTAN – Four officers with Hutchinson Police Department received awards at the 2022 Kansas Association of Chiefs of Police Valor Banquet held in Manhattan, KS on May 25th. Below are brief summaries of each incident involving these officers.

During the incident, Sergeant Long communicated and coordinated well with other officers. He stayed calm and collected in the face of a very dangerous situation. Due to Sergeant Long’s courage, the victim was able to make a full recovery.

On August 21 st , 2021, officers with Hutchinson Police Department were dispatched to 1707 East Blanchard in reference to a shooting. Officers were provided with little information while en route to the scene. They were told there was a suicidal subject in the residence with a firearm. Just before they arrived on scene, the reporting party said the subject shot the weapon.

When officers arrived, they established a perimeter and immediately saw a young child in the front doorway. The child would not exit the residence, but officers believed the child could not hear them through the door. Officers also knew there were at least two children still inside the residence.

Without hesitation, Sergeant Rucker, FTO Alison and FTO Boudreaux rushed in the residence, putting lives of others in front of their own.