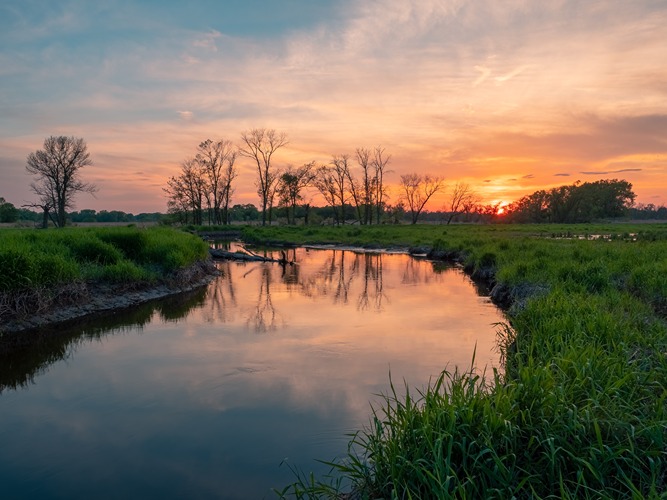 TOPEKA, Kan. — A Kansas excavating company in Coffey County was ordered by the U.S. Environmental Protection Agency to clean at least 3.7 acres tainted by debris dumped in wetlands adjacent to a tributary of the Neosho River.

The federal agency directed Michael Skillman, owner of Victory Excavating in New Strawn, to stop disposing of waste in the wetlands. The compliance order from the EPA mandated removal of debris and completion of a plan to restore the site.

The illegal dumping allegedly continued after the U.S. Army Corps of Engineers in Kansas City, Missouri, issued a cease-and-desist order in October 2021.

The EPA said Skillman had a “history” of violating the U.S. Clean Water Act.

In June 2021, the EPA reached a settlement with Burlington attorney Thomas Robrahn and Skillman’s construction company to resolve alleged violations of the Clean Water Act within the Neosho River. Under the settlement, Robrahn and the company agreed to pay a $60,000 civil penalty.

EPA said Robrahn and Skillman placed 400 cubic yards of shattered concrete into the river adjacent to Robrahn’s property without obtaining a permit. The work impacted 240 feet of the river in a section with populations of Neosho Madtom, a federally listed threatened fish species.

As part of the settlement, the parties agreed to remove the concrete and restore the site to comply with the Clean Water Act.

In 2018, Skillman also was accused of engaging in a conflict of interest by using his chairmanship of the Coffey County House Authority board to direct $36,000 in housing authority funding, without public notice or bidding, to a project his company was involved with in Waverly.

EPA Seeks to Mandate More Use of Ethanol and Other Biofuels