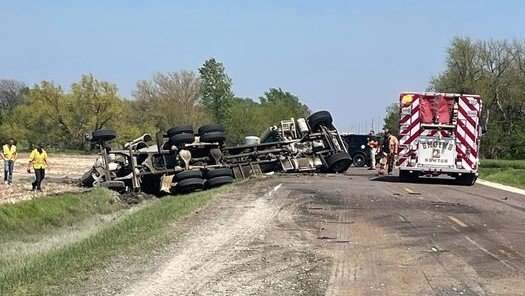 HARVEY COUNTY
– Emergency responders were called to the scene of a single-vehicle accident east of Newton Monday afternoon.

A maintenance vehicle turned over at around 2 p.m. on East First Street between Oliver and Woodlawn roads.

The driver, who was pinned inside the truck, was airlifted to Wesley Medical Center in Wichita with serious injuries.


First Street was closed between Oliver and Woodlawn for several hours as maintenance workers got the vehicle upright. Responders were also cleaning up spilled diesel fuel due to the accident.