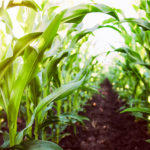 Estimates for Brazil’s second corn crop are getting larger as the harvest advances.

CONAB sees the crop at 88.448 million tons, up 0.5% from June, with about a third of the crop harvested. Brazil’s second corn crop is the largest of the three and the source of most of their exports. Total production is expected to be 115.663 million tons, with the first crop at 24.805 million tons and the third crop at 2.41 million tons.