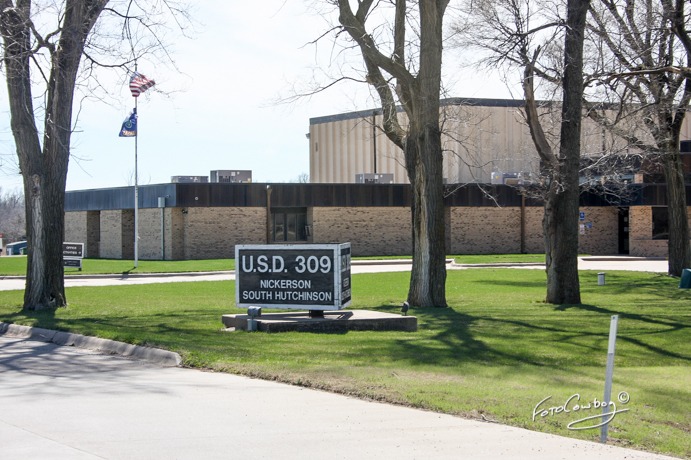 NICKERSON – The Nickerson community has rallied around the family of Trey and Amy Jones this week after an accident left them and their daughter, Ava, seriously injured. The family was struck by an impaired driver Tuesday Night while walking in downtown Lousiville, Kentucky. Son, Creek, sustained minor injuries. He was treated and has been released from the hospital.

A “Jones Family Fund” has been set up by Nickerson-South Hutchinson USD 309 through People’s Bank and Trust to assist the family with medical and other expenses. Donations can be left at any PB&T location.

Following the accident, Ava was listed in “serious but stable” condition while Trey and Amy were listed in “critical” condition.

In addition to the fund being established for the family, several other activities are planned.  A candlelight vigil will take place Sunday night at 8:45 p.m. at the Nickerson High School track. Those planning to attend are asked to please bring their own candles and wear school colors.

“We are asking for every lover of their family to join us, no matter your beliefs, to shine a light on this beloved family,” a post on the USD 309 Nickerson-South Hutchinson Facebook page reads. “Wear your Nickerson gear, together we shine brighter.”

The youth group at Nickerson United Methodist Church, where Ava is a member, plans to erect a “prayer wall” at the Nickerson Community center, so residents can come and leave messages for the family.

There is also a fundraiser planned for Thursday, July 21st at Gambino’s Pizza in South Hutchinson and Sterling. A portion of the proceeds as well s tips from both locations from 4 p.m. until closing that evening will go to the family.

The Jones family is well-known and respected in the area. Ava, a multi-sport athlete, and standout basketball player, recently signed a letter of intent with Iowa University. Trey grew up in Nickerson and graduated a Panther, as did the Jones’ eldest son Hunter, who is currently attending Pittsburg State University on a track scholarship.

Rise Up Reno Prevention Network Invites You to Celebrate Family Day on Sept. 26