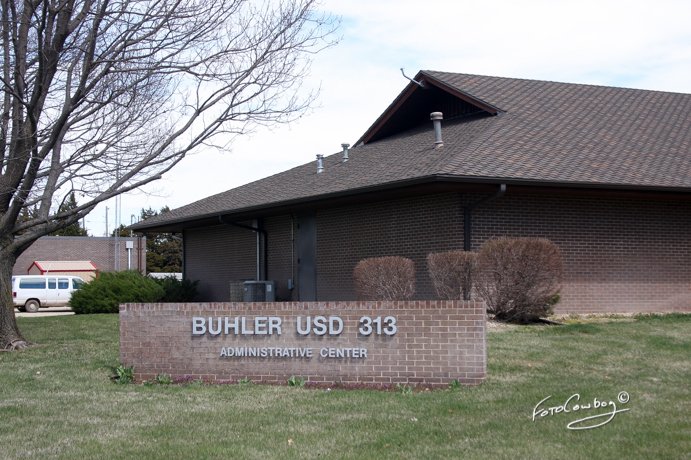 BUHLER
– Buhler USD 313 is looking for a new Board of Education member. Robin Swanson, who was elected to Position 4 on the Board last November and took office in January, submitted her resignation last week.

At Monday’s USD 313 Board of Education meeting members approved a resolution formally announcing the resignation. Upon publication of the resolution, there is a minimum 15-day period before a new member can be selected.

www.usd313.org
) with applications to be submitted no later than 5 PM June 6

. A new member could be selected at the June 13

meeting depending on the number of applicants and if the board wants to do in-person interviews with candidates.


Graff New Principal at PCE
Tammi Graff has been named the new principal at Plum Creek Elementary School. She succeeds Sheila Berridge who is leaving to take an administrative position with Hutchinson USD 308.


Coaching Hires
Among numerous personnel matters dealt with by the board was appointment of new boys basketball and wrestling coaches at Buhler High School. David Bryant will move up from the assistant position to be the head boys basketball coach at BHS, while Bowe Behymer will take over the wrestling program. Behymer was also hired as a physical education instructor at Buhler High School and Prairie Hills Middle School.


Bus Fleet
The board discussed at length Monday bus purchase plans for the next several years. Twelve of the district’s current route busses must be replaced over the next three years due to laws requiring school busses to be taken out of student transport service after 25 years. Five of those busses are slated for replacement in 2023.

Among options being looked at by the board is the potential to reduce the size of the district’s 33-unit fleet given the shortage of CDL licensed drivers USD 313 has dealt with in recent years. The availability of busses is also an issue. A bus ordered today could take as long as two years to be delivered.

The Board approved proceeding with a lease-purchase agreement for five new route busses, opting not at this time to not to acquire an additional activity bus. The district will also purchase on a lease-purchase basis replacements for three 14 passenger “mini-buses” and three activity vans.


District Attendance
Director of Finance Shane Hecox reviewed for the board the official enrollment audit done by the Kansas State Department of Education, which indicates the district’s full time equivalent enrollment as audited was 17 students less than what was projected in a report submitted to KSDE earlier. This number includes students enrolled in USD 313’s Ad Astra Virtual Academy.

Growth in the Ad Astra Academy, which at 90 students this school year, is well above what had been expected when it was created. This led the board to approve adding two additional positions if enrollment stays above 50 students. Additions would include a counselor working one hour daily and a math teacher working two hours daily.


﻿
The move also includes changing the contract of Ad Astra director Erica Shook from a ten-month contract to a 10.5-month contract, same as for building principals, and one part time position to full time for the 2022-23 school year. Total cost for the additions as proposed is $28,750 but the board authorized up to $50,000 should enrollment justify it.