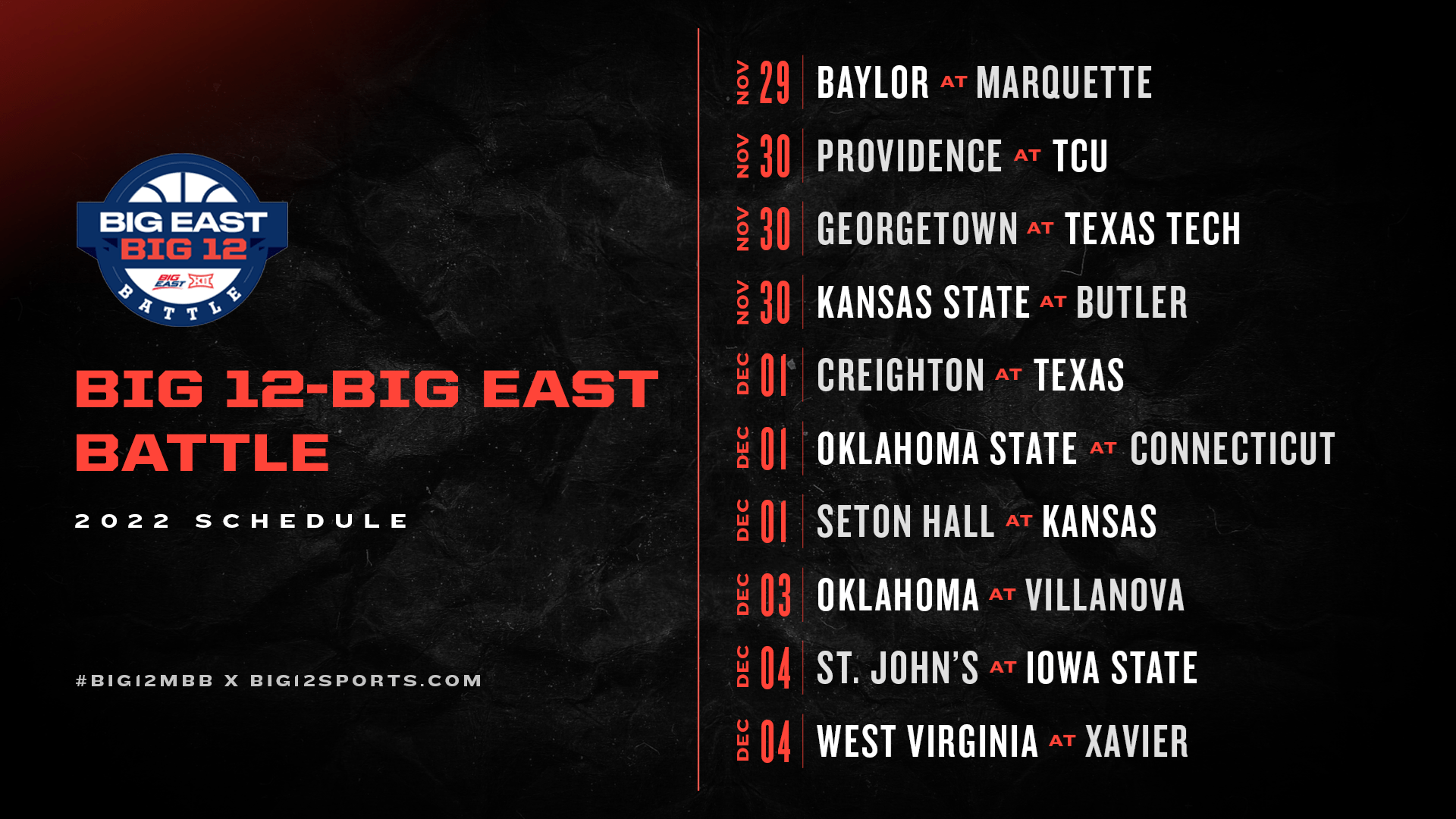 IRVING, TX –
The Big 12 and BIG EAST Conferences have announced the dates and matchups for the fourth year of the Big 12-BIG EAST Battle.
The matchups, which will be played in late November and early December, were jointly determined by the two conferences. The home school has the right to determine the venue of its game. Broadcast arrangements for the games will be determined by the national television rights holder of the home team, which is FOX Sports for the BIG EAST and ESPN for the Big 12.


The four-year agreement between the two conferences continues through the 2022-23 season with an equal number of games played in each conference’s home market each year. Television designations and game times will be announced when available.