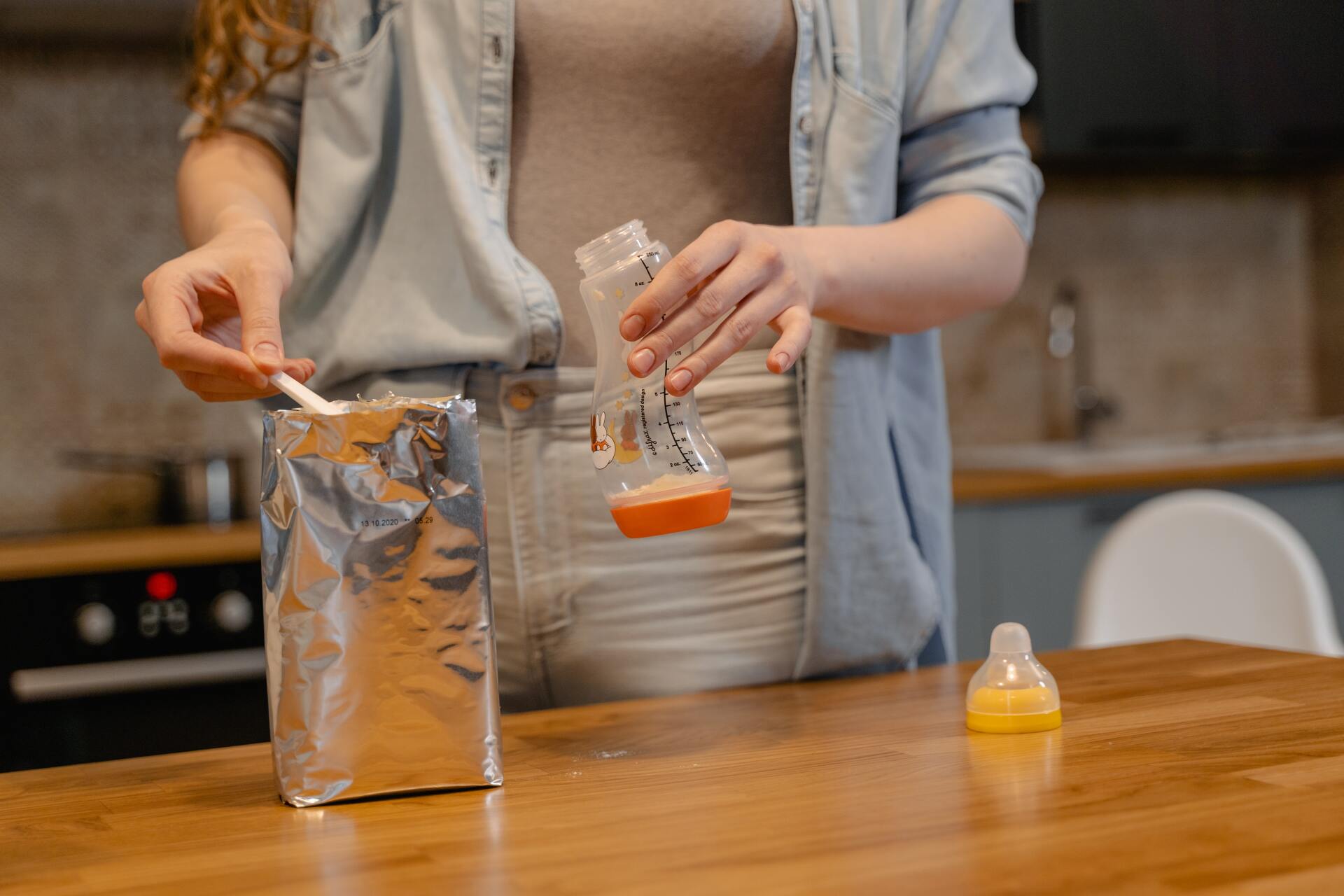 By Jennifer Shutt, Kansas Reflector
WASHINGTON
— The Biden administration sought to assuage parents’ concerns over an ongoing infant formula shortage Thursday, though officials couldn’t offer a timeline for when store shelves would be fully stocked again.

White House press secretary Jen Psaki said the administration is working to “cut red tape,” increase imports of formula and broaden what types of formula are available to participants in the Women, Infants and Children nutrition program.

“I think it’s also important to note that the reason we’re here is because the FDA took a step to ensure that babies were taking safe formula,” Psaki said. “There were babies who died from taking this formula, so they were doing their jobs.”
The federal government, Psaki said, is calling on retailers to impose purchase limits to prevent people from hoarding baby formula, an issue she said is being driven by scared parents as well as people buying up formula to sell it at a price markup.

The White House is also asking state attorneys general and the Federal Trade Commission to address price gouging or unfair market practices, according to a

Psaki said efforts from manufacturers and the Biden administration have led to more infant formula being produced “in the last four weeks than the four weeks preceding the recall.”
However, there wasn’t much advice Psaki was able to offer parents who cannot find formula for their children and have no idea what to do or where to look.

Psaki said she would “certainly encourage any parent who has concerns” to call their doctor or pediatrician.

issued
a warning to parents that they shouldn’t attempt to make their own baby formula, saying that could cause severe health issues in their children.

“The potential problems with homemade formulas include contamination and absence of or inadequate amounts of critical nutrients,” the FDA said in a statement. “These problems are very serious, and the consequences range from severe nutritional imbalances to foodborne illnesses, both of which can be life-threatening.”
FDA Commissioner Robert M. Califf issued a

statement
earlier this week saying the agency was “doing everything in (its) power to ensure there is adequate product available where and when they need it.”
Califf will face questioning from U.S. lawmakers next week after being called to testify before the House Committee that oversees the FDA’s funding.

Georgia Democratic Rep. Sanford D. Bishop, Jr., chair of the subcommittee, said in an announcement for the hearing that he’s deeply concerned “that a lapse in infant formula safety has led to the death and hospitalization of at least two babies.”
“This problem is made worse because many families and state nutrition programs rely on the infant formula supplier in question, and the recall has resulted in a shortage,” Bishop said.

Connecticut Democrat Rosa DeLauro, chair of the full committee, said the panel will lead “the way in examining the contaminated infant formula produced at an Abbott facility” as well as “the FDA’s delayed response to this horrific incident, and the subsequent nationwide infant formula shortage.”
“The whistleblower report I submitted for the record details a culture at Abbott of falsifying records, turning a blind eye to safety and product concerns, and retaliating against any employee who brought these issues to light,” DeLauro continued.

“It is not enough to simply focus on supply chain issues. We must examine many states’ reliance on infant formula produced by Abbott. We must ensure federal food safety agencies are doing their job.”