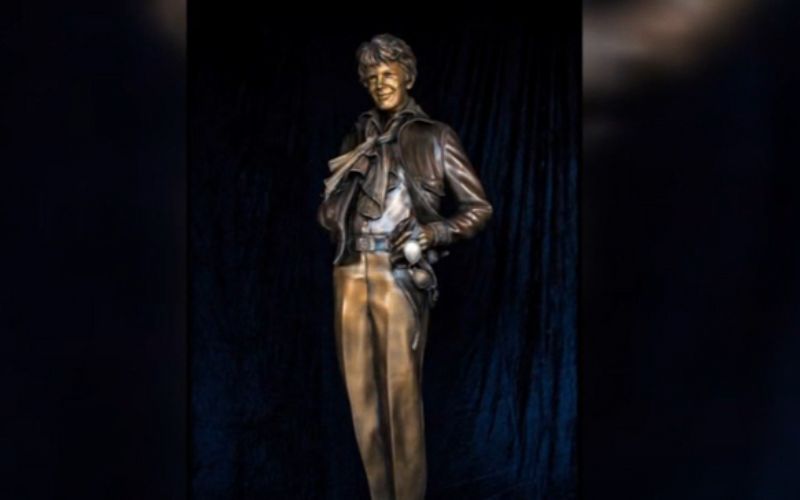 Earhart is the 11th woman to join the collection, which is made up of two statues from each state, honoring the state’s history.

Earhart was chosen by Kansas, to replace Kansas Senator John James Ingalls, and it took nearly two decades to get to this point.

She was the first woman to fly solo across the Atlantic Ocean and an advocate for women’s rights. It took artists and brothers George and Mark Lundeen seven years to create the bronze statue. The Earhart family said they captured her spirit.

The Lundeen’s won a competition and were chosen to depict Earhart out of dozens of other artists. This is their second statue in the U.S. Capitol, the first is astronaut Jack Swigert Jr., given to the collection by Colorado.

The dedication ceremony of Kansas’ Earhart is set for 11 a.m.