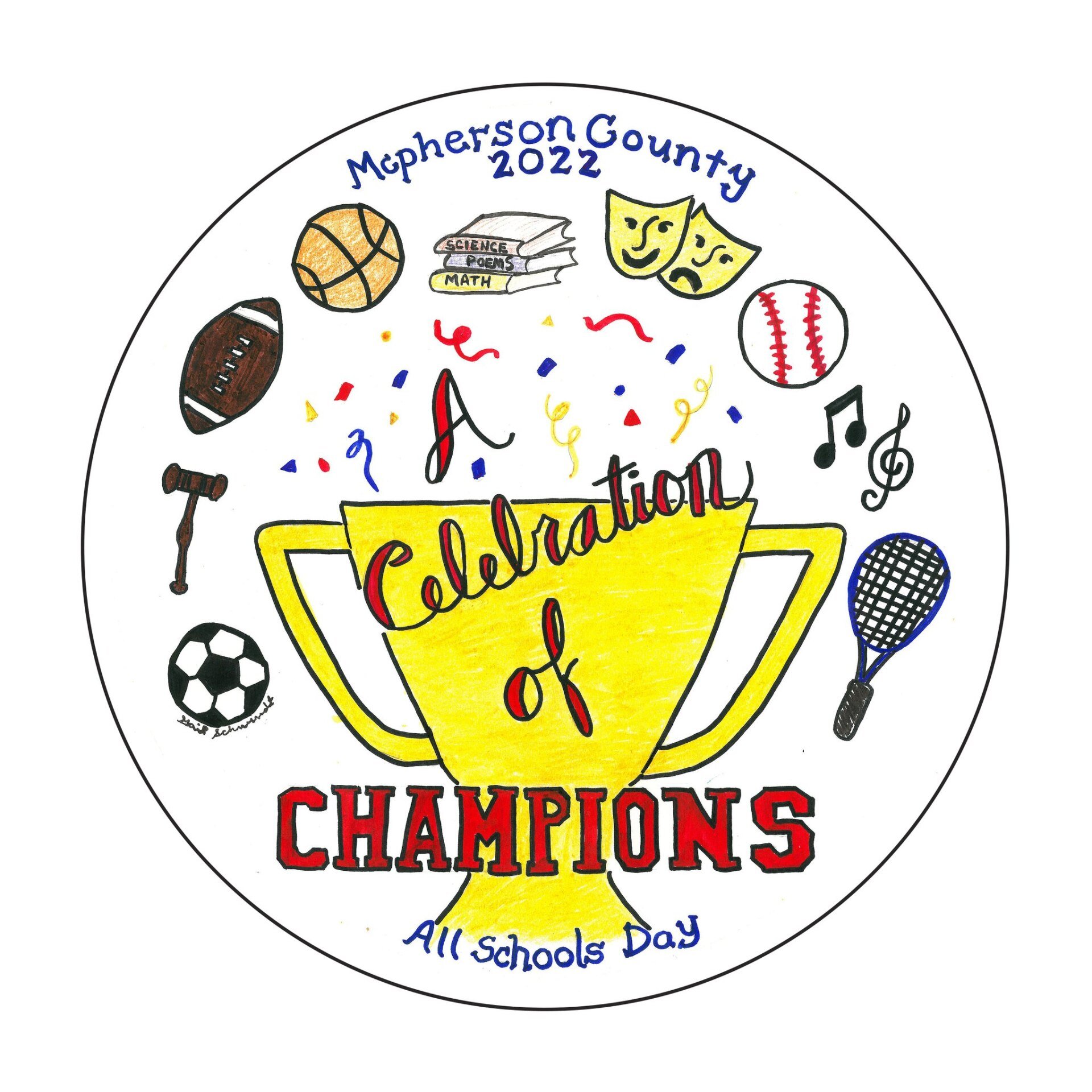 DAY FIVE FOR MEDALLION
While you’re hunting, remember to have your All Schools Day button and hunting license. The button location has moved, all prior clues are still good, plus this new one… Take your hunt to the edge.

DAY FIVE FOR VIRTUAL
Look for a place with lines, more than one kind, and the newer one.
DAY FOUR MEDALLION
If your hunt focuses on the center, you’re looking in the wrong place. Your hunt needs to go beyond that.

DAY FOUR VIRTUAL
Your hunt object is something that varies in size, and can be more than one of in a particular place – and that isn’t always enough.

DAY THREE MEDALLION
They come in sizes large and small. Think of a smaller one.


DAY THREE VIRTUAL
There are six of these in McPherson County. Two of them are already off your hunting list.

DAY TWO FOR BOTH MEDALLION AND VIRTUAL HUNTS
One of the places you seek is tied to this year’s All Schools Day theme. The other is not. It’s up to you to figure this out. They are in different cities, and you can rule out the other Eagle grounds for both.
DAY ONE FOR BOTH MEDALLION AND VIRTUAL HUNTS
Your hunt license covers the 900 square miles of McPherson County; to hunt you have to have that license. Public property is what’s covered, and the native grounds of Bulldogs, Swedes and Tigers along with one species of Eagles are off limits.