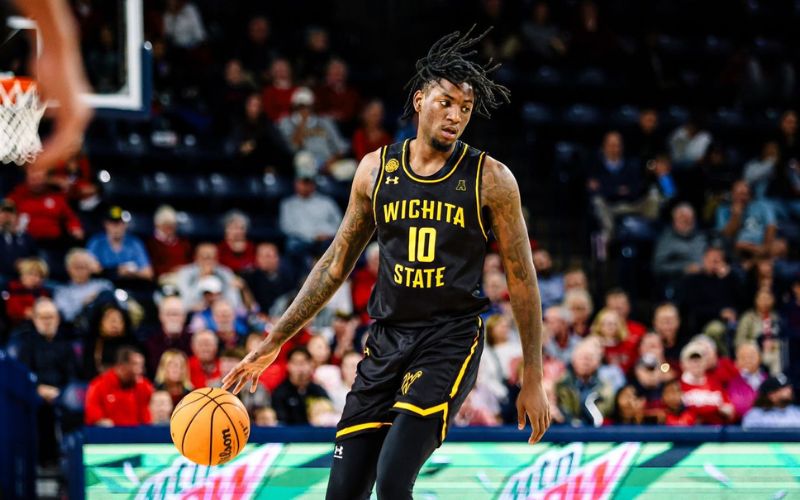 RICHMOND, Va.  – Jaykwon Walton scored a career-high 20 points to lead Wichita State to a 56-53 road win over Richmond on Thursday evening at the Robins Center.

The Shockers (2-1) put last weekend’s upset loss to Alcorn State behind them with a gritty defensive effort, holding the host Spiders to 37.7 percent from the field.

Richmond (2-2) had won nine-straight and 18 of its last 19 home non-conference games coming in. The win marked WSU’s eighth straight non-conference road kill going back to March of 2019.

Walton went 6-of-13 from the field and converted 6-of-8 free throws while playing all but two minutes.

James Rojas matched his career scoring high with 15 points to go with six rebounds. The senior transfer also had 15 for Alabama in a Jan. 5, 2021 win at Florida.

The Shockers took control early with a 10-0 run in the game’s first six minutes and kept control by holding the hosts to 19 points on 30 percent shooting.

Richmond eventually found its shooting touch and took the lead with an 11-0 run midway through the second period by sinking six straight shots.

Bigelow threw down a ferocious dunk in the lane and drilled a three-pointer on the next possession to give the Spiders a 45-39 advantage with 9:35 to play.

The Shockers regrouped, outscoring the Spiders 17-8 the rest of the way, beginning with a 6-0 spurt.

Porter made back-to-back buckets and Pierre put WSU back in front with a driving layup.

This was the first-ever meeting between the schools. Richmond makes a return trip to Wichita in November, 2023.

WSU improved to 70-27 on the road over the last 10 seasons. The Shockers’ .722 winning percentage ranks second nationally.