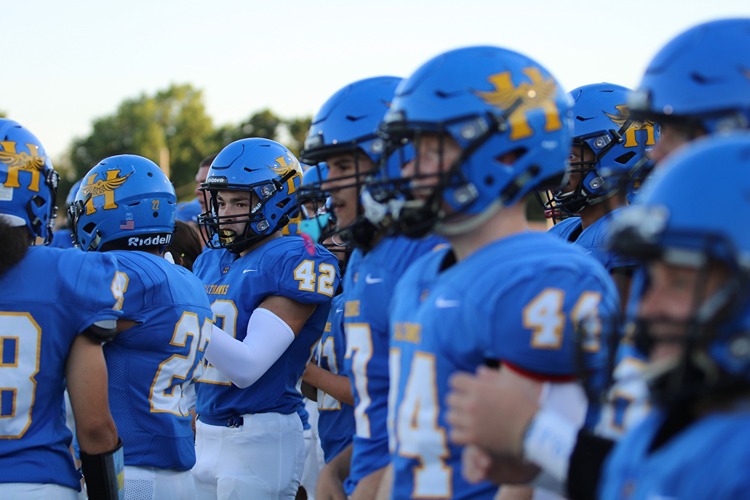 DERBY, Kan. – It was a vintage Hutchinson-Derby game on Friday in Derby.

Playing their most competitive game since 2014, the rivals squared off in a thriller. Hutchinson led well into the second half, but three turnovers doomed the Salthawks in a 28-21 loss.

Nic Lange gave Hutch an early lead on a 1-yard touchdown run. After Derby tied it back up, Lange scored again, this time from 12 yards. Derby answered again and tied it up, but the Salthawks scored again as Noah Khokhar scored from 57 yards out with 3 minutes, 28 seconds before halftime.

But the Salthawks wouldn’t score again. They did have a chance at the end, but Lange’s pass hit three Panthers and one Salthawk before falling incomplete.

Khokhar led Hutch with 119 yards, while Lange threw for 131 yards while rushing for 19 yards.

The Salthawks (3-1) will look to rebound next week at Salina South.

Salthawks Turn It On in the Second Half, Take Down Liberal

No. 17 Blue Dragons Fall to Barton in Regular Season Finale