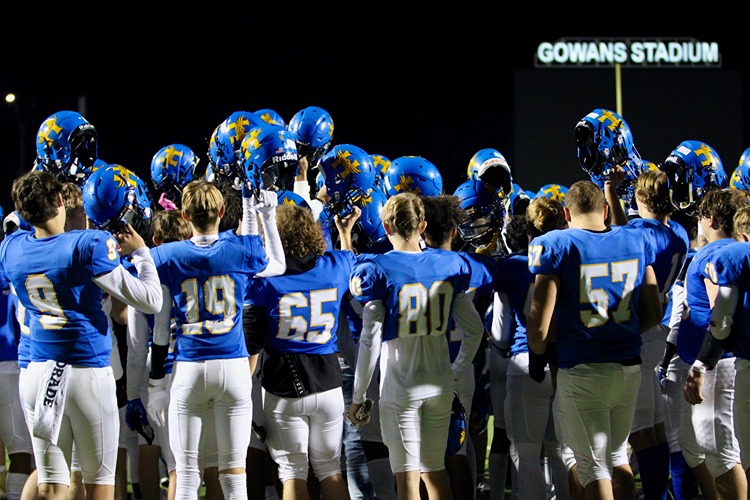 A team built on defense and running the ball got plenty of defense and enough of a rushing attack in beating Bishop Carroll 14-7 on Friday in the second round of the Class 5A playoffs at Gowans Stadium.

The win avenged a pair of season-ending losses the last two seasons to the Golden Eagles. Carroll won 42-28 in 2020, and last season won 31-28 in overtime.

The Salthawks got 170 rushing yards, and they held Bishop Carroll to 213 yards. They also got a late fumble return for a touchdown from Mason Jones, the decisive score in a fingernail-chewing playoff game.

Both teams struggled to move the ball after that, but the Salthawks forced a fumble late, leading to Jones’ 19-yard return.

The Salthawks improved to 8-2 and advance to the quarterfinals for the first time since 2016. The eight wins equal the most Hutch has won in Vernon’s five seasons. The 2020 team finished 8-2.