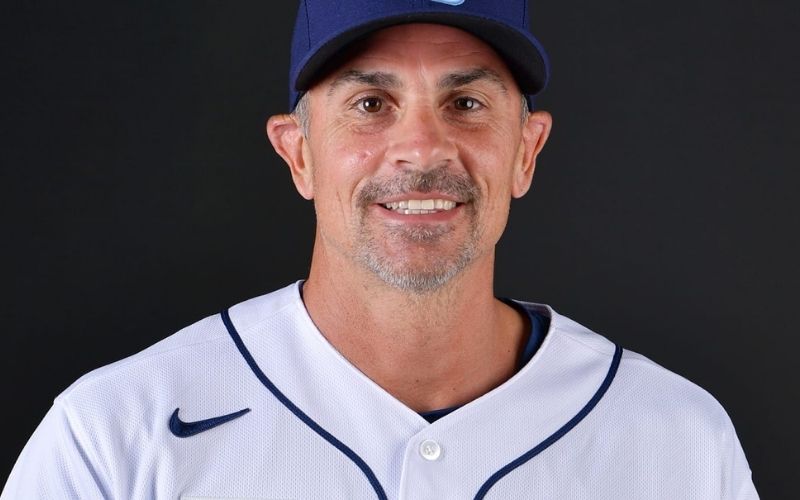 KANSAS CITY, MO. (MLB.com/Royals) –  The first piece of manager Matt Quatraro’s coaching staff was added on Monday, when the Royals announced that Paul Hoover was named bench coach for the 2023 season.

Hoover, 46, spent the last four seasons as the Major League field coordinator on Kevin Cash’s staff with Tampa Bay, alongside Quatraro. He assisted on in-game decisions and worked defensively with catchers — a hole the Royals wanted to fill on their staff this offseason, when their previous bench coach and catching coordinator, Pedro Grifol, left to become the White Sox manager.

Hoover has extensive catching experience; prior to joining the Rays’ big league staff for the 2019 season, he spent the previous six seasons as their Minor League catching coordinator. His coaching career began in ’12 as manager of the Gulf Coast League Rays.

“Paul is a great teammate, an extremely hard worker, always prepared and cares about helping players get better,” Quatraro said in the Royals’ press release announcing the hire. “He will be a tremendous addition to the Royals family.”

It makes sense that Quatraro would want a familiar face as his top lieutenant, and it was clear the Royals would try to bring at least one Rays staffer with Quatraro when they hired him. Hoover’s relationship with Quatraro spans two decades, when the two were teammates at Triple-A Durham in 2002.

The Royals are in the process of filling out Quatraro’s staff, with interviews for a pitching coach set to begin this week. That hire will likely be outside the Kansas City organization, so there will be plenty of new faces on the Royals’ coaching staff in ’23.

Executive vice president and general manager J.J. Picollo said he planned to retain the Royals’ entire group of hitting coaches, led by Alec Zumwalt and assisted by Keoni DeRenne and Mike Tosar, but it’s unclear whether some might join Grifol in Chicago.

Damon Hollins will return as the first-base/outfield coach, but the roles for third-base coach Vance Wilson, Major League coach John Mabry and bullpen coach Larry Carter are still unclear — if they return to Kansas City in 2023.

Royals Turn to Matt Quatraro to Turn Around Languishing Club