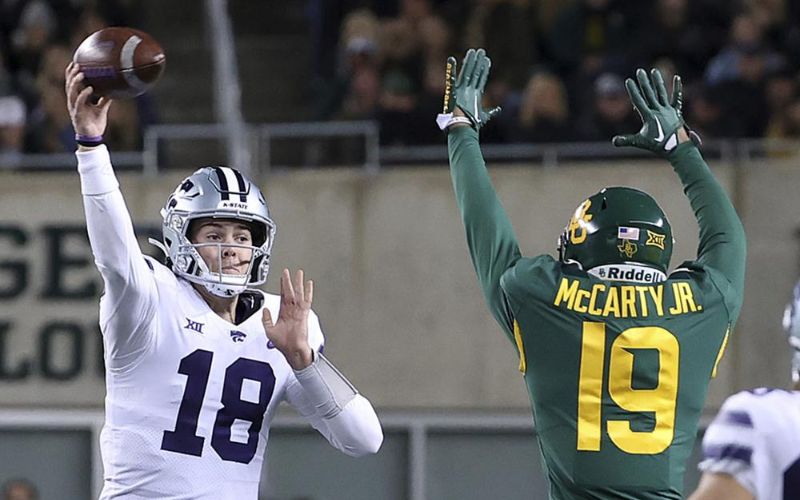 Kansas State has the inside track at earning a spot in the Big 12 championship game against No. 4 TCU. The Wildcats are alone in second place and will play for the title if they win both of their remaining games. They also could get in with a win Saturday and a loss by Texas at Kansas. West Virginia needs two more victories to become bowl eligible — and perhaps save embattled coach Neal Brown’s job.

Kansas State backup QB Will Howard vs. West Virginia’s defense. Howard, a junior, will get his second start of the season and the 12th of his career due to a lower body injury to Adrian Martinez. In three games, Howard has thrown for nine touchdowns with one interception. West Virginia is allowing 268 passing yards per game and has given up a total of 42 TDs, the worst in the league.

West Virginia: QB Garrett Greene. Whether the sophomore even plays remains to be seen, but he was superb in his most extensive action of the season, a 23-20 win over Oklahoma. Playing the second half in relief of starter JT Daniels, Greene ran for two scores and threw for a third. Brown won’t announce a decision on his starter for Saturday.