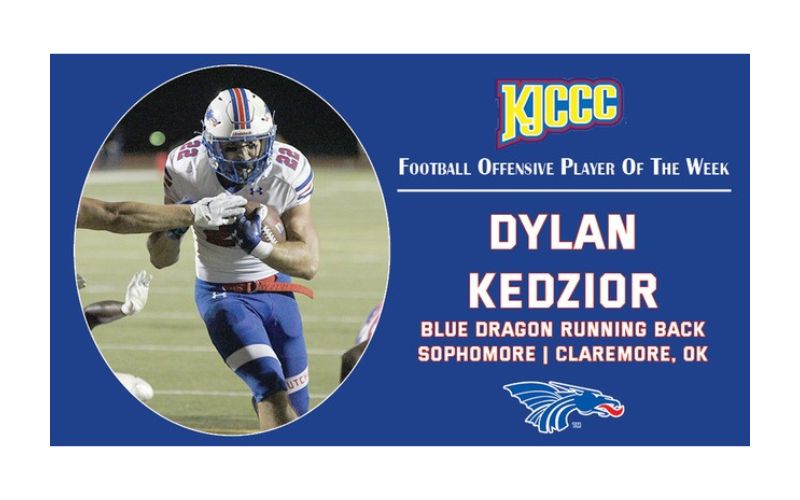 HUTCHINSON, Kan. – Hutchinson Community College sophomore running back Dylan Kedzior needed only the fourth quarter of last Saturday’s 14-9 road win over Coffeyville to be named the Jayhawk Conference Offensive Player of the Week on Tuesday.

The third-year sophomore from Claremore, Oklahoma, was inserted into the game midway through the fourth quarter while the No. 2-ranked Blue Dragons trailing the Red Ravens 9-7. He immediately made an impact and ended up with 85 of the Blue Dragons’ 124 rushing yards Saturday night, including a go-ahead 2-yard touchdown with 1:17 to go in regulation.

He had six carries on the 72-yard game-winning drive.

The No. 2 Blue Dragons play host to No. 9 Butler at 7 p.m. on Saturday at Gowans Stadium.