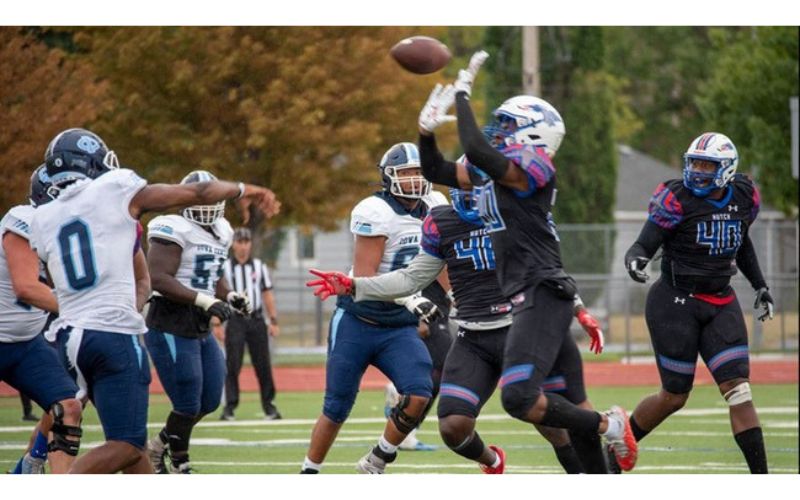 HUTCHINSON, Kan. – For the third week in a row, the Hutchinson Community College football team is ranked No. 2 in the latest NJCAA Division I national football rankings.

The Blue Dragons are coming off a late fourth-quarter rally thanks to a rushing touchdown by Dylan Kedzior that lifted Hutchinson over Coffeyville 14-9, the Blue Dragons’ 10th consecutive victory.

Hutchinson received three first place votes while New Mexico Military Institute earned seven votes. NMMI has been No. 1 in the national poll since the beginning of the season. Iowa Western, Northwest Mississippi and Jones rounded out the Top 5 this week.

Butler moved up to No. 9. The Grizzlies had an unexpected bye week after they were scheduled to play host to McDougle Technical Institute, but the game was cancelled. The Grizzlies topped Independence 27-11 the week prior. Coffeyville received votes as well as Independence.

The Blue Dragons have now been ranked in consecutive polls dating back to last season.