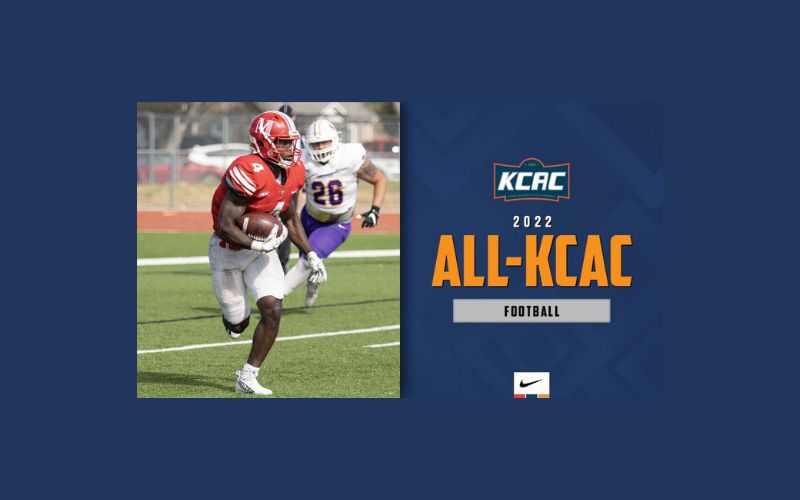 WICHITA, Kan. (kcacsports.com) – The Kansas Collegiate Athletic Conference is pleased to announce the 2022 KCAC Football All-Conference honorees and individual award winners, as voted on by the conference’s football head coaches.

Southwestern College, Bethel College, and Avila University were co-champions of the KCAC this season, with each of those teams going 9-1 in conference play.

Gabriel Medrano of Southwestern was named the conference’s Special Teams Player of the Year, excelling in both the punting and kicking games. Medrano had 34 punts for 1,243 yards (a 36.6-yard average), with ten of those punts downed inside the 20-yard line. When it came to kicking, Medrano went 10-16 on field goals (63%; third in the conference), with a long field goal of 45 yards (tied for fifth in the conference), and converted 97% of his extra points (34-35). Medrano ranked second in the conference in scoring with 64 points.

Statistical information on the 2022 football season can be found here.

The full list of All-Conference first team, second team, and honorable mention winners, as voted on by the KCAC head football coaches, are listed below.