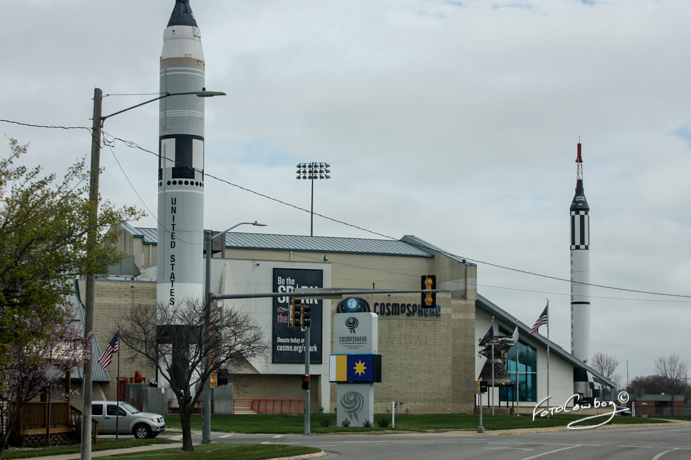 Join us at Coffee at the Cosmosphere In October, meet Bruce McCandless III, appearing in-person at the Cosmosphere to discuss and sign his recent book, WONDERS ALL AROUND: The Incredible True Story of Astronaut Bruce McCandless II and the First Untethered Flight in Space. McCandless will share slides, images, and stories to help us get to know “the man behind the visor.” His father, Bruce McCandless II (1937-2017), served as CapCom for Apollo 11 during Neil Armstrong’s giant leap for mankind in 1969, he made the first untethered spacewalk and spaceflight using an MMU jet pack (now retired from use) in 1984, and in 1990 he served as Mission Specialist 1 on STS-31, the NASA shuttle mission to deploy the Hubble telescope.

His son, our presenter Bruce McCandless III, grew up in the shadow of Houston’s Johnson Space Center during the Apollo and Skylab eras. He holds a J.D. from the University of Texas School of Law. His other books include the science fiction novel Sour Lake (2011), the modern fairy tale Beatrice and the Basilisk (2014), and the Western supernatural thriller In the Land of Dead Horses (2021). He is currently working on a narrative history of the American space program called Starbound, which is intended for non-technical readers.

Coffee at the Cosmo can be enjoyed in-person at the Cosmosphere or live online via Zoom (at www.cosmomeeting.org) from anywhere!