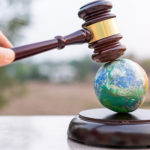 Several Iowa, Nebraska, and Minnesota farmers might need to file claims with their state agriculture departments after Global Processing Inc. filed for bankruptcy.

Minnesota’s fruit, vegetable, and grain program supervisor Nick Milanowski tells Brownfield Global Processing did file a 50-thousand-dollar surety bond in their state, and several claims have been filed by unpaid farmers with more claims expected.  Milanowski says his agency is evaluating the validity of the claims, but it appears there won’t be enough in the fund.