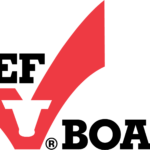 The US Supreme Court has denied a petition from R-CALF USA to hear its legal challenge of the Beef Checkoff.

National Cattlemen’s Beef Association CEO Colin Woodall says this ruling ends a 6-year legal battle.  “It reaffirms that there is adequate oversight of the Checkoff by USDA,” he says.  “That’s ultimately what the question became.”

He tells Brownfield despite the ruling, the battle to defend the Checkoff likely isn’t over.  “R-CALF has sued USDA once again regarding the Checkoff, specifically about their perceived violations of the Administration Procedures Act that led to the MOUs, that really reaffirmed the overall oversight by USDA of the state beef councils and the use of those checkoff dollars.”

Woodall says throughout the legal challenges, the Beef Checkoff remained strong and continued to promote US beef.