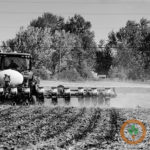 An ag economist says rising input costs have some farmers are already contemplating an acreage shift in 2023.

He says farmers also said they were looking at adding winter wheat, “Drilling down, into the folks who said they planned to make a change, almost of half of them said the biggest change that they’ll make is devote a higher percentage of their crop acreage to soybeans.”

Mintert says input prices were the top concern for farmers looking ahead to 2023 and more than 60% expect inputs to go up again in the coming year.

Rising input costs could support an acreage shift in 2023

Rains provide a boost for late-planted soybeans in Tennessee

Drought limits pasture conditions in Kansas, producer says he could run out of feed