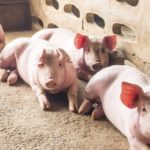 But, Christine McCracken, senior analyst for animal protein with Rabobank, tells Brownfield consumer demand has helped the sector this year.

“It’s retail demand that’s been the driver here and it’s been strong all year,” she says.  “We think that’s tailing off some, that’s part of our cautiousness as we look forward.”

High amount of disaster aid expected to be issued to farmers

U.S. cotton crop down on year due to higher abandonment