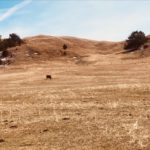 A Southwest Nebraska rancher says he’s selling off part of his cow/calf herd because of a shortage of high quality grass.

Jacob Miller tells Brownfield he’s received two significant rain events since the spring of 2020 including one earlier this year. “This maybe as green as it looks for the rest of the summer and that’s not saying much right now.”

Miller says liquidations started in 2013 and have continued since 2020.