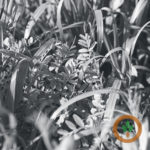 Jim Mintert, director of the Purdue University Center for Commercial Agriculture, says he was a little surprised by how many farmers said they are planting cover crops.

What did we learn from 2022 and what changes should farmers consider heading into 2023?

The role of inflation on food prices