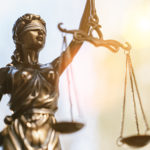 JBS has agreed to pay $20 million to settle a lawsuit that alleges the meat packer engaged in price-fixing to increase the price of pork.  Of the settlement, $13 million will go to consumers and about $7 million is allocated to cover attorney fees and costs.  The judge approved the deal last week and calls the agreement “fair and reasonable”.

Harvest expected to pick up in southern Minnesota

Using technology to reduce imports of fruits and vegetables

A dismal end to the week for grains