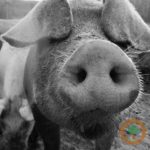 There was another round of light to moderate trade on Wednesday following Tuesday’s business.  Deals in the North were at $232 to $233 dressed, $1 lower than last week’s weighted averages basis in Nebraska.  Live deals earlier in the week were marked at $142 in the South, generally steady with last week’s business.

Hog futures up on oversold signals