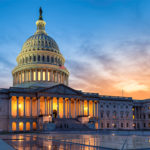 A US Representative from Iowa says she will be casting a “no” vote on the Inflation Reduction Act today, saying the bill would negatively impact farmers.

Republican Ashley Hinson tells Brownfield, “Our farmers and our producers understand that these tax increases are going to come from somewhere,” she said in a press call Friday morning. “We know from the data coming out of the joint committee on taxation that they are going to target people making less than $400,000 a year.”

Several biofuels groups, including the Renewable Fuels Association and Clean Fuels Alliance America, are supportive of the legislation.