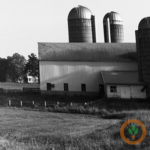 Producers continue to indicate now is not a good time to make large investments in their farming operations, according to the Purdue University/CME Group Ag Economy Barometer.

Purdue’s Jim Mintert tells Brownfield “overwhelmingly they’re telling us it’s the increase in prices that they’re observing for farm machinery and new construction. This month, 46 percent of people in the survey said that was the reason. That’s compared to 49 percent in August and 44 percent back in July, so that’s pretty consistent.

Time for a plan